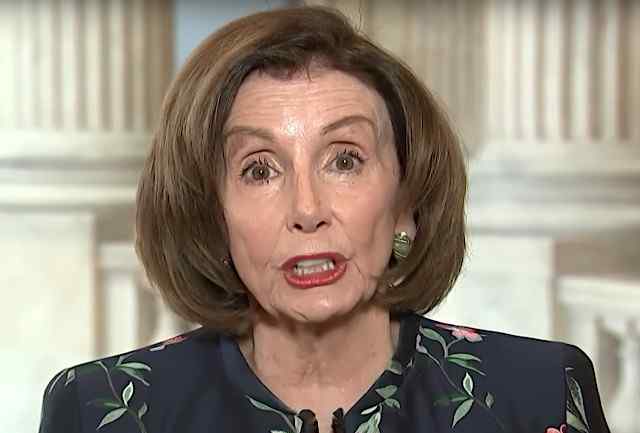 In addition to probing the Trump administration’s response efforts, the panel will review the management of the $2 trillion economic relief package, which is aimed at easing the financial strain caused by the outbreak. As part of the package, the government has set up a $500 billion corporate liquidity fund and will provide $377 billion in small business aide.

The committee will “examine all aspects of the federal response to the coronavirus and ensure the taxpayer’s dollars are being wisely and efficiently spent,” the speaker told reporters on a conference call.

“The panel will root out waste, fraud, and abuse; it will protect against price-gauging, profiteering, and political favoritism,” the speaker continued. “We need transparency and accountability.”

The panel will be chaired by House Majority Whip James Clyburn (D-SC).

The development comes after House Intelligence Committee Chairman Adam Schiff (D-CA) announced that he will introduce legislation to create a “nonpartisan” commission to examine the government’s response to the coronavirus crisis.

“After Pearl Harbor and 9/11, we looked at what went wrong to learn from our mistakes,” Schiff, who led the House Democrats’ impeachment effort as the outbreak started to spread, tweeted on Wednesday. “Once we’ve recovered, we need a nonpartisan commission to review our response and how we can better prepare for the next pandemic.”

Over the weekend, Pelosi accused President Trump of fiddling while people died of coronavirus and hinted that she would launch an investigation into his actions.

Let me say how sad it is that even since the president’s signing of the bill, the number of deaths reported has doubled from 1,000 to 2,000 in our country. This is such a very, very sad time for us. We should be taking every precaution. The president, his denial at the beginning, was deadly. His delaying of getting equipment to where it — his continued delay in getting equipment to where it’s needed is deadly,” Pelosi told CNN’s State of the Union on Sunday.

President Trump fired back at Pelosi on Monday, calling her a “sick puppy,” who was focused on impeachment amid coronavirus outbreak.

“She’s a sick puppy, in my opinion. She really is,” President Trump told Fox News. “She’s got a lot of problems. And that’s a horrible thing to say.”

“Don’t forget, she was playing the impeachment game, you know her game where she ended up looking like a fool,” he added.