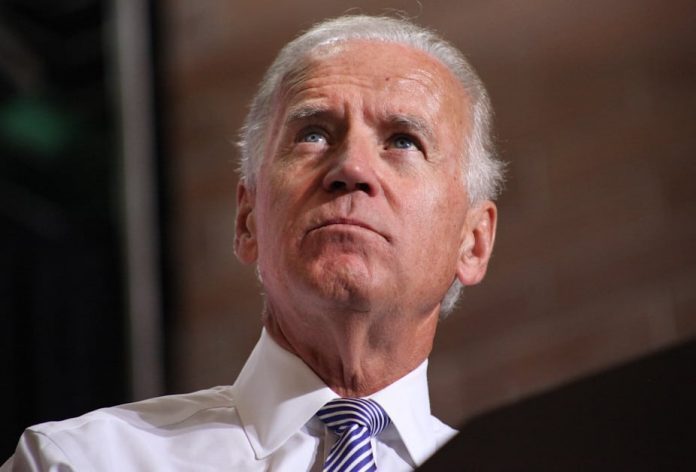 (Gateway Pundit) – Ryan Grim at The Intercept published a shocking story this week of rape allegations from 1993 against then Senator Joe Biden.

The article was released this week just as Joe Biden continues to melt down in front of the cameras day after day in embarrassing speeches and interviews.

Everyone knows Joe Biden does not have a prayer against Trump in his current condition.

So who is behind this report?

LAST APRIL, Tara Reade watched as a familiar conversation around her former boss, Joe Biden, and his relationship with personal space unfolded on the national stage. Nevada politician Lucy Flores alleged that Biden had inappropriately sniffed her hair and kissed the back of her head as she waited to go on stage at a rally in 2014. Biden, in a statement in response, said that “not once” in his career did he believe that he had acted inappropriately. But Flores’s allegation sounded accurate to Reade, she said, because Reade had experienced something very similar as a staffer in Biden’s Senate office years earlier.

After she saw an episode of the ABC show “The View,” in which most of the panelists stood up for Biden and attacked Flores as politically motivated, Reade decided that she had no choice but to come forward and support Flores. She gave an interview to a local reporter, describing several instances in which Biden had behaved similarly toward her, inappropriately touching her during her early-’90s tenure in his Senate office. In that first interview, she decided to tell a piece of the story, she said, that matched what had happened to Flores — plus, she had filed a contemporaneous complaint, and there were witnesses, so she considered the allegation bulletproof. The short article brought a wave of attention on her, along with accusations that she was doing the bidding of Russian President Vladimir Putin. So Reade went quiet. As the campaign went on, Reade, who first supported Sen. Elizabeth Warren and then Sen. Bernie Sanders, began to reconsider staying silent. She thought about the world she wanted her daughter to live in and decided that she wanted to continue telling her story and push back against what she saw as online defamation. To get legal help, and manage what she knew from her first go-around would be serious backlash, she reached out to the organization Time’s Up, established in the wake of the #MeToo movement to help survivors tell their stories… …In January of this year, Reade spoke with a program director at NWLC and was encouraged by the conversation. The fact that she was a Sanders supporter and had come forward previously in incomplete fashion didn’t dissuade Time’s Up. The program director referred her to outside attorneys, Reade said, and suggested that the Time’s Up Legal Defense Fund might be able to provide funding for PR and subsidize legal assistance…

That was well organized!