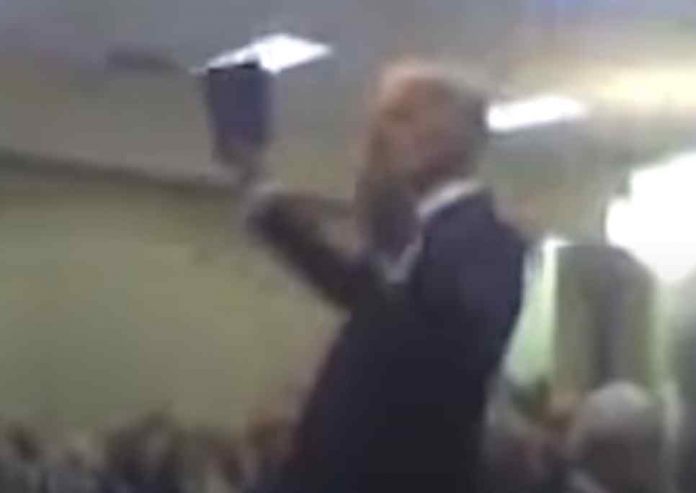 Biden also calls for a harsh crackdown of American employers who hire “illegals.”

“Folks, I voted for a fence,” Biden can be heard saying, referencing his backing of the Secure Fence Act. “I voted, unlike most Democrats ― and some of you won’t like it ― I voted for 700 miles of fence. But, let me tell you, we can build a fence 40 stories high ― unless you change the dynamic in Mexico and ― and you will not like this, and ― punish American employers who knowingly violate the law when, in fact, they hire illegals. Unless you do those two things, all the rest is window dressing.”

Biden continues, “Now, I know I’m not supposed to say it that bluntly, but they’re the facts, they’re the facts,” Biden told the crowd during his previous 2008 bid for the presidential election. “And so everything else we do is in between here. Everything else we do is at the margins. And the reason why I add that parenthetically, why I believe the fence is needed does not have anything to do with immigration as much as drugs.”

Biden then stated that “people are driving across that border with tons, tons, hear me, tons of everything from byproducts for methamphetamine to cocaine to heroin, and it’s all coming up through corrupt Mexico.”

The Democrats and the Biden campaign REALLY don’t want American voters to see this video. Let’s make it go viral to expose the truth.