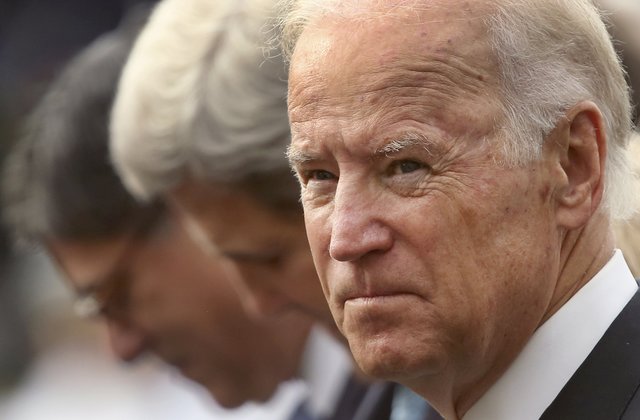 (Gateway Pundit) – Leading Democrat presidential candidate former Vice President Joe Biden posted an emotional tweet Tuesday night about son Hunter Biden toward the end of the Democrat’s debate in Iowa. Biden spoke about tucking his children into bed as a young senator and then lashed out at Republicans for their attacks on Hunter (over his business dealings with the Ukrainian gas company Burisma while his father was vice president).

“Child care is personal to me: I was a single parent as a young senator. I commuted home to Delaware every night to tuck my kids into bed. Child care should be affordable for every parent. #DemDebate…Republicans have savaged my only surviving son. They’ve spread lies about me that networks won’t even carry. It doesn’t matter if they go after me. As President of the United States, I have to be able to not only fight — I have to heal. And that’s what I’ll do if I’m elected.”

Biden’s other son, Joseph R. “Beau” Biden III, died of brain cancer at age 46 in 2015. In 1972 Biden’s first wife, Neilia, and their daughter Naomi were killed in a car wreck that also injured their two sons. Biden remarried in 1977 and had a daughter, Ashley, with second wife Jill.