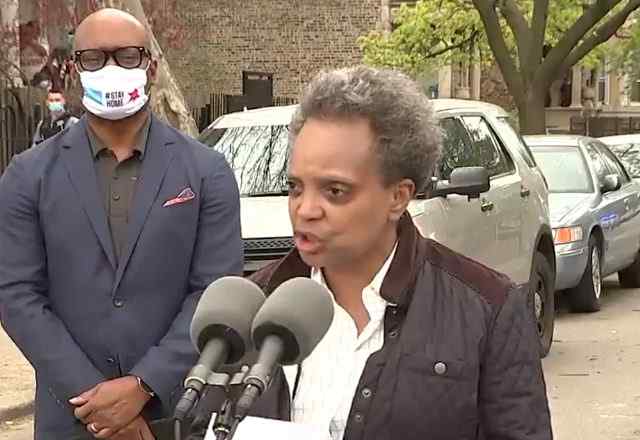 “I will encode what I really want to say to Donald Trump,” Lightfoot said. “It’s two words: It begins with F and it ends with U.”

Mayor Lori Lightfoot wants to fire a Chicago police officer who flipped off a protester this week.

Chicago Mayor Lori Lightfoot recently made a disgusting remark about President Trump (see below) during a statement, and now she’d like to fire a Chicago police officer who was caught on video sending the same sentiment by flipping off protesters in Lincoln Park: “We’ll find that person and, in my view, that person needs to be immediately stripped of their police powers and start the process for firing them. We will not tolerate that kind of abusive, offensive conduct on the part of police officers. Period.” — Mayor Lightfoot should fire herself then because she displayed the same behavior. — Maybe she’s trying to divert attention away from the record crime during Memorial Day weekend where 49 were shot and 9 killed. Instead of addressing the record crime, she chose to try and follow the lies the media told about what President Trump tweeted out. Yes, he called the violent people “thugs,” but so did Obama during the Baltimore riots. President Trump also said looting would be followed by shooting…SHOOTING FROM OTHER PROTESTERS. It’s unbelievable that he would have to clarify his tweet to say he didn’t mean that the police would shoot the looters.

The police officer as returning the gesture to the anti-police protesters. 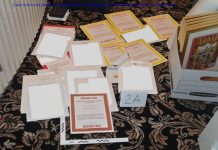 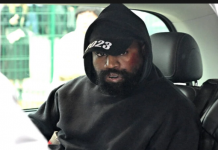