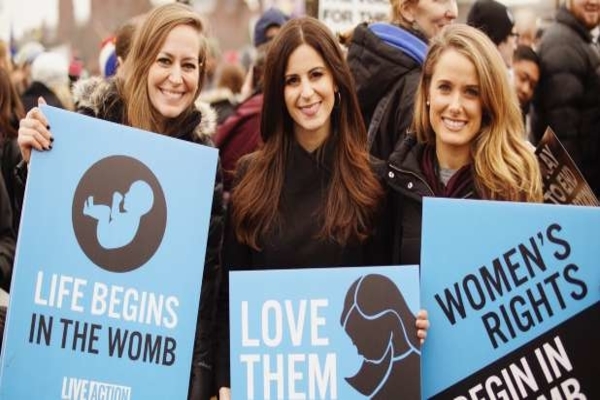 (breitbart) – Pro-life organizations that for decades have been working to overturn Roe v. Wade, which made abortion on demand the law of the land, are praising the U.S. Supreme Court’s decision in Whole Women’s Health v. Jackson to let the Texas law stand as litigation continues.

“The decision by the U.S. Supreme Court this morning to allow the Texas abortion law to remain in effect is very encouraging,” Abby Johnson, former Planned Parenthood director, CEO and Founder of And Then There Were None, said in a statement. “It has given the opportunity for life to thousands more unborn babies.”

“I’m very hopeful the Justices are poised to rule favorably in Dobbs, delivering the decision of abortion back to the states, where more than half will immediately ban the procedure,” Johnson said referring to Dobbs v. Jackson Women’s Health Organization, which deals with Mississippi’s 15-week ban on abortion. “I look forward to that day.”

“By dismissing the Biden-Harris administration’s attack on preborn children – and the attacks of many others – the Court has sent a clear signal that life is winning,” the Alliance press release on the decision said.

Marjorie Dannenfelser, president of Susan B. Anthony, said in a statement:

We celebrate that the Texas Heartbeat Act will remain in effect, saving the lives of unborn children and protecting mothers while litigation continues in lower courts. Meanwhile, we anxiously await the Court’s decision in the Dobbs case in which the Court is directly considering the constitutionality of laws that protect unborn children and mothers prior to viability.

Dobbs presents the biggest opportunity in generations to modernize our laws. We have great hope that the Court will return the issue back to the people to decide through their elected representatives, letting democracy and consensus prevail.

Jeanne Mancini, president of the March for Life Education and Defense Fund said in a statement:

Today the Court ruled on a procedural issue without addressing the merits of the case challenging the Texas Heartbeat Act. Many lives have already been and will continue to be saved by this law, which protects unborn children with detectable beating hearts.

The Texas law came about because for decades Roe has blocked states from being able to regulate abortion, a right the Constitution gives to the people through their elected representatives. We hope in the upcoming Dobbs case the Court returns this right to the people.