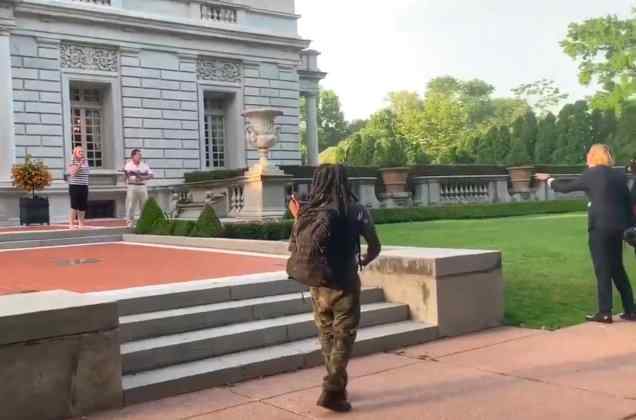 (Gateway Pundit) – St. Louis prosecutors tampered with Patricia McCloskey’s gun before charges were made against the St. Louis couple earlier this week.

The prosecution team under the direction of Soros-funded Kim Gardner disassembled the inoperable gun and then put it back together making it operable.

Patricia McCloskey was then charged with flourishing a gun, even though prosecutors knew it was inoperable!

The gun Patricia McCloskey waved at protesters was inoperable when it arrived at the St. Louis police crime lab, but a member of St. Louis Prosecuting Attorney Kim Gardner’s staff ordered crime lab experts to find out why and wrote that it was “readily capable of lethal use,” in charging documents filed Monday, 5 On Your Side has learned.

In Missouri, police and prosecutors must prove that a weapon is “readily” capable of lethal use when it used in the type of crime with which the McCloskeys have been charged.

At the request of Assistant Circuit Attorney Chris Hinckley, crime lab staff members field stripped the handgun and found that it had been assembled incorrectly. Specifically, the firing pin spring was put in front of the firing pin, which was backward, and made the gun incapable of firing, according to the documents.

Firearms experts then put the gun back together, per Hinckley’s request, in the correct order and test-fired it, finding that it worked, according to the documents.

Crime lab workers photographed the disassembly and reassembly of the gun, according to the documents.