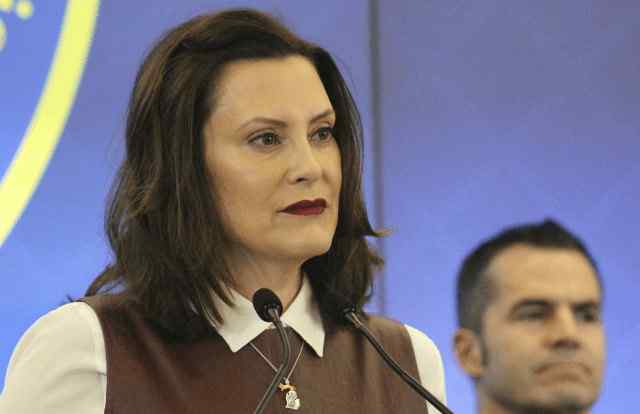 (Gateway Pundit) – Michigan Governor Gretchen Whitmer is famous for her tyrannical rule, her blind ambition, her audacious behavior and her ignorance.

In March crazed Democrat Michigan Governor Gretchen Whitmer prohibited big box retailers from in-person sale of seeds because according to her, plant seeds were non-essential.

Whitmer also called on Home Depot and Lowes to close off certain sections like flooring, garden centers and plant nurseries.

The tyrannical governor of Michigan also barred grocery stores and brick-and-mortar retailers from selling vegetable seeds because she could.

In late March Michigan Democrat Governor Gretchen Whitmer limited access of doctors from prescribing the lifesaving drugs hydroxychloroquine and Z-Paks to save senior citizens in the state from Coronavirus. Then she continued to send coronavirus patients to nursing homes. This is still happening in May!

And in her latest unexplainable move the far left governor banned motorboats and jet skis but canoes and sailboats were acceptable.

This woman is a crackpot.

On Friday an employee at a dock in northern Michigan shared an interesting story about a phone call with Gretchen Whitmer’s husband.

This was just days after Whitmer finally lifted her nonsensical ban on motorboating.

Yesterday, an employee of North Shore Dock, in northern MI, a company that provides boat and dock services in northern Michigan, including the Birch Lake area, shared an interesting story about a phone call the North Shore Dock company received, allegedly from Governor Whitmer’s husband, Dr. Mark Mallory. So today put a smile on my face, as most of your know we install docks, store boats etc. This morning I was out working when the office called me, there was a gentleman on hold who wanted his boat in the water before the weekend. Being memorial weekend and the fact that we started working 3 weeks late means there is no chance this is going to happen. Well, our office personnel had explained this to the man and he replied: “I am the husband to the governor, will this make a difference?” The employee (his name has been blacked out to protect his privacy) continued: As you can imagine, that does make a difference, that would put you at the back of the line!!! Needless to say, our Governor and her husband will not be getting their boat for memorial day. He added: Too good not to share, I love it when karma comes around, even in small doses.

To summarize, the Michigan’s Democrat governor has placed the entire state of Michigan under lockdown for several weeks. On the same day that she announced she would be reopening businesses in certain areas of northern Michigan, which includes the area where her vacation home is located, her husband’s vehicle is seen parked in their driveway. Two days later, when businesses that have been shut down for months are allowed to reopen, Governor Whitmer’s husband calls North Shore Dock company and asks to take cuts in front of common Michiganders, because he’s the husband of the woman who shut down their business in the first place. North Shore Dock, LLC put out a statement on Facebook a few hours ago, confirming that Governor Whitmer’s husband did call their business and ask to have his boat put in the water. According to the North Shore Dock Facebook post, he was told he would not be given preferential treatment and that he would have to wait in line like everyone else, adding, “ALL of our customers are valued, and we cannot place you in front of others who scheduled earlier.”