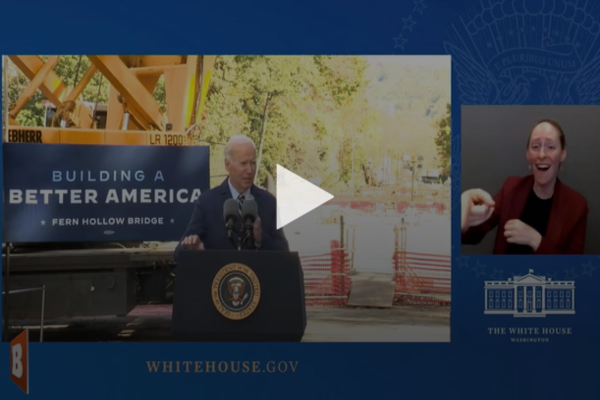 (breitbart) – President Joe Biden appeared to endorse Democrat Senate candidate John Fetterman’s wife, Gisele Barreto Fetterman, in Pennsylvania on Thursday, telling her she would be a “great lady” in the Senate.

“John, thank you very much for running. I really do appreciate it,” Biden began. “And Gisele, you’re going to be a great, great lady in the Senate.”

Biden commented on the Fettermans as he appeared with them in Pittsburgh, Pennsylvania, to talk about his infrastructure bill.

Gisele Fetterman has become something of a political star since her husband suffered a massive stroke just days before the Democratic primary, as she delivered her husband’s acceptance speech.

“It’s easy because I know his message, and I love him, and I know how good he is, and I get to tell that to people,” she told The Washington Post.

Gisele Fetterman first came from Brazil to Queens, New York, with her mother illegally, until she became a citizen in 2009.

She has also taken center stage in warding off widespread concerns about her husband’s health.

Last week, she attacked an NBC reporter for revealing that the Democrat senate candidate struggled with small talk and required closed captioning so he could understand her questions.

“I would love to see an apology towards the disability community from her and from her network for the damage they have caused,” she said, calling the reporter an “ableist.”

Fetterman’s Republican challenger Dr. Mehmet Oz has raised concerns about his health, suggesting that his wife could be doing most of her husband’s job in the Senate.