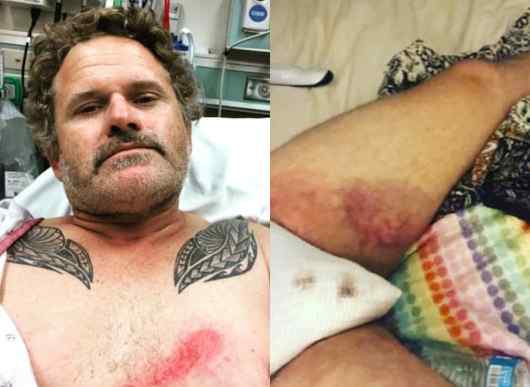 (Gateway Pundit) – A Black Lives Matter activist lost one of his testicles after getting shot in the balls by rubber bullets during George Floyd riots in Los Angeles.

Bradley Steyn says he plans on suing the LAPD after law enforcement officials shot him in the scrotum on May 30 during a ‘protest.’

Bradley Steyn — a South African man who protested apartheid back in the day — claims he was maimed by law enforcement during a May 30 George Floyd protest in L.A.’s Fairfax District. He claims he witnessed police brutality, then became a victim himself when cops allegedly used batons to beat him in the chest … before shooting him with rubber bullets at point-blank range. Bradley claims he was hit in the inner thigh and genitals and has since suffered horrific pain and the loss of a testicle.

And his lawyer is none other than liberal hack Gloria Allred’s daughter, Lisa Bloom.