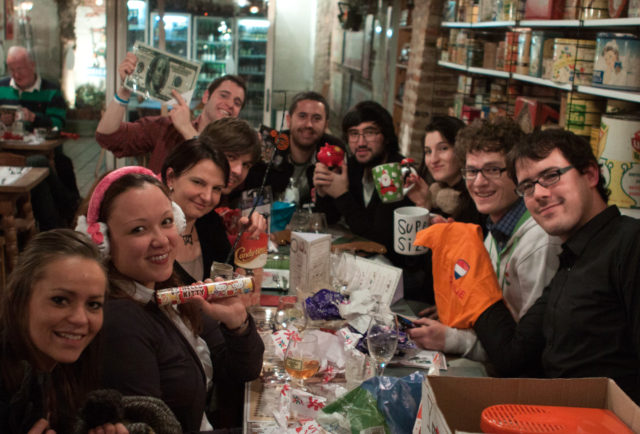 (Breitbart) – Diversity Council Australia is urging employers to drop “Christmas parties” in favour of “holiday season drinks” so Muslims and other non-Christians “feel included at this time of year”.

“If you’re having a Christmas celebration, try to make sure it’s inclusive of other faiths as well because the office is for everybody,” hectored Lisa Annese for the Diversity Council, in comments to the Herald Sun reported by MailOnline.

Following the backlash which Annese’s comments provoked, the Diversity Council issued an irritable statement insisting that they “At no stage… ever urged bosses not to mention Christmas.”

“Lots of organisations celebrate the end of year holiday break with a Christmas party,’ the Council, which has received Australian taxpayers’ money to advise government agencies, explained testily.

“We are simply saying that it’s worth remembering that many Australians do not celebrate Christmas religiously, either as followers of non-Christian religions, or as individuals with no religious affiliation.

“There is a lot organisations can do to make them feel included at this time of year.”

Diversity Council Australia has previously advocated banning the word “chairman” and innocuous expressions such as “you guys”.

“Imagine a world in which sexist language was replaced by racist language,” the Council mused.

“Instead of saying ‘chairman’ and ‘you guys’, people would use ‘chairwhite’ and ‘you whiteys’… If we cringe at ‘you whiteys’ and would protest such terms, why don’t we work as hard at changing ‘you guys’?”

The Council has even claimed that “Frequent non-inclusive experiences at work have just as harmful effects as more intense but less frequent experiences” — including “sexual coercion and harassment”.

“For [the Diversity Council] to be pretending that somehow people are offended by all of this, there’s something wrong with Christmas, they’re making this up to try and get some petty relevance,” commented Mark Lathan, a New South Wales MP for the national populist One Nation party.

“They’re funded not just by big businesses who are wasting their money and should have better regard for their shareholder value — they’re actually funded by a whole bunch of government agencies,” Latham complained, branding the Council “very extreme — extreme in their delusion.”