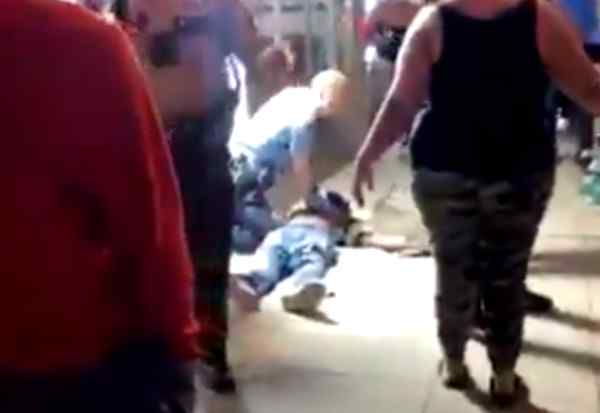 (Gateway Pundit) – Violent Protests broke out Wednesday night in Minneapolis following the death of George Floyd by a police officer.

Protesters in Minneapolis took to the streets on Tuesday and Wednesday.

A Target store was looted by a mob of protesters on Wednesday night.

There was video of one man down on the ground being treated by police outside of a business last night. The man was reportedly shot after trying to loot a pawn shop.

According to Twitter user Finding Novyon two people were shot outside of Cadillac Pawn on Bloomington Avenue.

Cadillac Pawn was later completely cleaned out by looters after reports of the shooting.

Minneapolis police are investigating the death of the alleged looter.