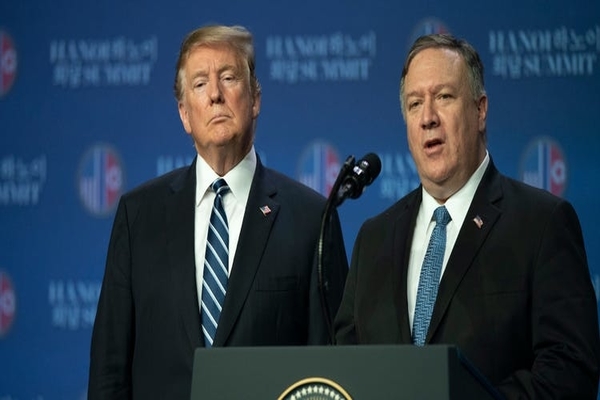 (foxnews) – Former Secretary of State Mike Pompeo will deliver a major speech Monday evening at the Ronald Reagan Presidential Library outlining his vision for the Republican Party that he says must be rooted in faith-based virtues.

Pompeo will be the featured speaker for the Ronald Reagan Presidential Foundation and Institute’s “Time for Choosing” Speaker Series. The Simi Valley, California-based library is hosting many prominent GOP figures and 2024 potential candidates with the mission of outlining their detailed vision for the party and the conservative movement.

In a preview of his speech with Fox News, Pompeo says his message centers on his faith in God and the need for religious organizations of all faiths to stand firm about returning a moral core to America.

He outlines four virtues that he says must define the GOP and America: vision, hope, gratitude and forgiveness.

“They come from our faith,” Pompeo told Fox News. “If we get these right, then we will fulfill our constitutional responsibilities and this will continue to be the most exceptional nation in the history of civilization. That’s what I hope to communicate on Monday.”

Pompeo’s speech is a call for a return to high moral values and virtues and to stand up strong against the left.

“Those of us responsible for helping to maintain the mantle of conservatism because we believe it’s right for the country have a responsibility to speak to it as clearly as we can, to articulate it and defend it everywhere we can,” said Pompeo, a Fox News contributor. “When the secular left wants to undermine these understandings, we have to be absolutely fearless at confronting it.”

The timing is right to focus now on the big ideas defining the GOP and the conservative movement before the 2024 presidential race heats up, said Roger Zakheim, Washington director of the Ronald Reagan Presidential Foundation and Institute. Speakers are asked to address some core questions, such as what should the Republican Party stand for? And how is the party failing or succeeding?

“It’s so important that we have all these different voices here and really taking some time to focus on the ideas,” Zakheim told Fox News. “There will be ample opportunity for people to give their stock speech that they’ll deliver in Iowa or New Hampshire, for example. We just think this is the right moment [and] the window of opportunity to get to these questions.”

Pompeo is expected to say in his speech that in order to reclaim America, there is no more important resource than churches, synagogues, mosques and temples. He is expected to call on people of faith to raise their collective voices and state: “We must return to our moral core, lest all be lost,” according to his prepared remarks that were shared with Fox News.

Pompeo says America’s strength comes from its virtues and founding documents that are imbued with faith, and the country is weakest when “we disregard this priceless heritage.”

“We must once again openly profess our faith, our devotion to our families, and proclaim, unapologetically, the words, ‘I am an American,'” Pompeo says in his prepared remarks.

Prior to serving as secretary of state, Pompeo was director of the Central Intelligence Agency, a Kansas congressman, a Harvard-trained lawyer and an Army officer who graduated from West Point.

Now widely seen as a potential 2024 hopeful, Pompeo didn’t offer any specific preview of his future political role other than to say that he feels a “moral obligation to continue to stay in the fight.”

Then-Secretary of State Mike Pompeo gestures toward a reporter while speaking about the counting of votes in the U.S. election during a briefing to the media, Tuesday, Nov. 10, 2020, at the State Department in Washington. (AP Photo/Jacquelyn Martin, Pool)

As for whether the party has moved on from former President Donald Trump or is still very steeped in the leadership of his former boss, Pompeo says the virtues of the GOP transcend any one person.

“President Trump has been a historic figure in the Republican Party,” Pompeo told Fox News. “And I’m proud of the work that our administration did. But these virtues that I talked about aren’t connected to me, they’re not connected to Donald Trump and they are not connected to any one person. These are central understandings of the conservative movement.

“Particular Republican actors will come and they will go, including me,” Pompeo added. “… But these ideas are eternal.”