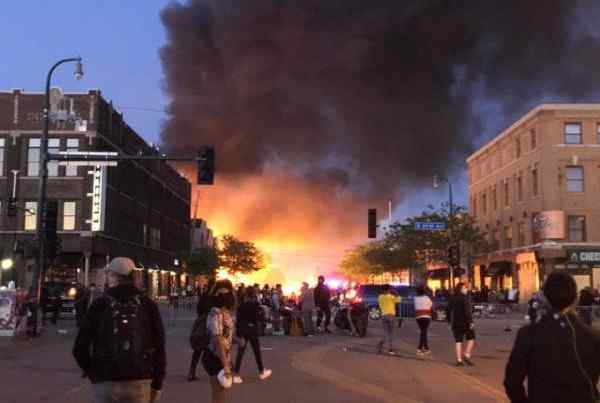 (Gateway Pundit) – Reports are circulating on social media that women are being kidnapped and people are now shooting at random cars in the Minneapolis riot.

Police are still standing down as the city burns for the second night in a row.

Libor Jany, a reporter from the Star Tribune wrote on Twitter that “amidst all this, police are being called to investigate a possible kidnapping from the parking lot across the street from their burning station; a screaming woman was said to have been forcibly put into a vehicle that then sped away, according to scanner traffic.”

“CVS on Snelling is on Fire. Car jacking and kidnapping just occurred. They’re shooting st random cars on university. Do not leave your home. It is extremely dangerous in here,” a Twitter user from Minneapolis wrote.

The criminal rioters have already looted and set the police department on fire.