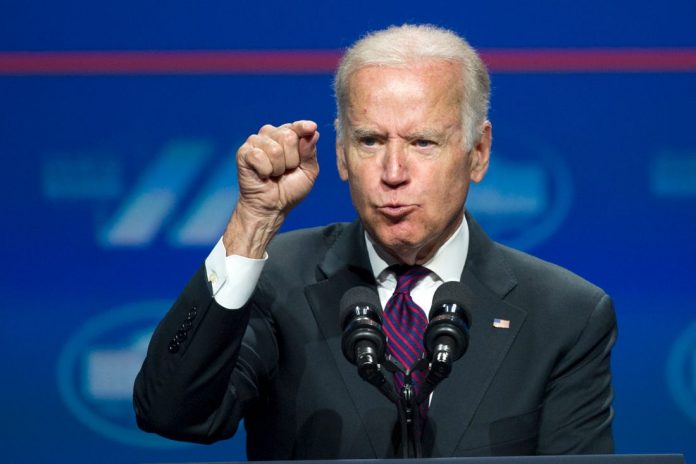 (Gateway Pundit) – Former Vice President and Democrat presidential candidate Joe Biden was confronted by protesters who called him a “pervert,” “Quid Pro Joe” and told him to “stop touching kids” at a campaign stop in New Hampshire on Sunday.

Biden is infamously inappropriate with women and children in photographs and recently told a story about how he likes when children sit on his lap.

Another protester asked Biden where the money he and his son earned through Ukraine is, prompting him to assert that he has released 21 years of tax returns.

A third protester shouted “Quid Pro Joe” from the crowd.

During a previous stop in Wilmington, Delaware, Biden shocked the nation as he described letting kids play with his leg hair in a pool.