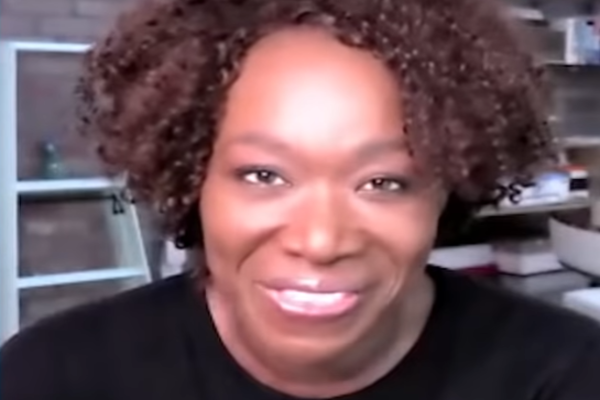 (breitbart) – Citizens of the United States are being “held hostage” by a “far-right Christian court,” according to MSNBC anchor Joy Ann Reid, who attacked the Supreme Court for its various rulings which she alleged frequently rules “in favor of religious institutions.”

MSNBC’s Joy Reid made the divisive remarks on Wednesday, ahead of the Supreme Court’s overruling of Roe v. Wade, holding in the Dobbs case that the Constitution does not include a right to abortion and returning the issue of abortion laws and regulations to state legislatures.

Reid claimed that in a country “that’s supposedly founded on the separation of church and state, we Americans find ourselves being held hostage by a far right Christian court.”

According to The ReidOut host, under the leadership of Chief Justice John Roberts, “the court has ruled in favor of religious organizations more than 80 percent of the time — far more than any court in the past seven decades.”

“There was the Hobby Lobby case which allowed businesses to refuse to include birth control in their health care coverage and the time they allowed a bake shop to refuse to make a cake to celebrate a same sex marriage,” she said.

She also highlighted a recent Supreme Court ruling against the exclusion of religious schools from a program that offers tuition aid for private education.

“And it’s far from the only important decision coming from the court this session,” she added.

Calling an overturn of Roe V. Wade “a dangerous reversal of decades of women’s rights,” Reid also called attention to “a decision that could make it even easier to carry guns, likely striking down New York’s restriction on concealed firearms, as America endures an epidemic of gun violence.”

She also noted the Supreme Court’s wrestling with the authority of the Environmental Protection Agency (EPA) to curb greenhouse gas emissions from the nation’s power plants, which could hinder the Biden administration’s plans to combat climate change.

“And we’re also waiting on a decision that will impact the future of our planet as we know it — a case that could limit the EPA’s power to fight the climate crisis,” she said, adding that all of those decisions “will likely come in the next two days or next week and we will be watching.”

Last month, Reid said if Roe v. Wade comes to pass, it will mean “five Christian nationalists on the court” are victimizing “black and brown folks.”

She also said that the Republican Party was forcing teachers to teach a “sanitized Christian white nationalist history that they prefer.”

Reid’s take comes as Democrats, the mainstream media, and members of the far-left continue to attack the right on various issues.

Earlier this month, a Salon piece accused the GOP of being a “de facto terrorist organization” as well as the “world’s largest white supremacist” group.

In October, the publication published a piece that referred to “the Republican fascist movement” as “objectively evil,” hoping that “people of color” die out in the battle against “multiracial democracy,” while accusing “white Christians” of embracing lies, terrorism, white supremacy, and fascism.

According to an essay published in the Washington Post this month, the Republican Party “systematically undermines democracy” and poses a threat to American democracy.

On Friday, left-wing Hollywood agitators Barbra Streisand and Mark Ruffalo both accused Republicans, Christians, and the U.S. Supreme Court of being the “American Taliban” in the wake of the Court’s recent decision overturning Roe v. Wade.