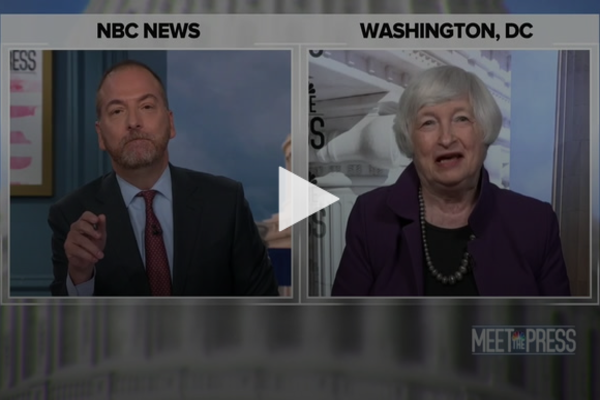 (breitbart) – Treasury Secretary Janet Yellen said Sunday on NBC’s “Meet the Press” that the United States economy was not in recession.”

Yellen said. “Look, the economy is slowing down. Last year it grew very rapidly at about 5.5%, and that succeeded in putting people back to work who had lost their jobs during the pandemic. The labor market is now extremely strong. Even just during the last three months, net job gains averaged 375,000.”

She added, “This is not an economy that’s in recession, but we’re in a period of transition in which growth is slowing, and that’s necessary and appropriate, and we need to be growing at a steady and sustainable pace. So there is a slowdown, and businesses can see that and that’s appropriate given that people now have jobs and we have a strong labor market, but you don’t see any of the signs now. A recession is a broad-based contraction that affects many sectors of these economies. We just don’t have that. Consumer spending remains solid. It’s continuing to grow. Industrial output has grown in five of the six most recent months.”