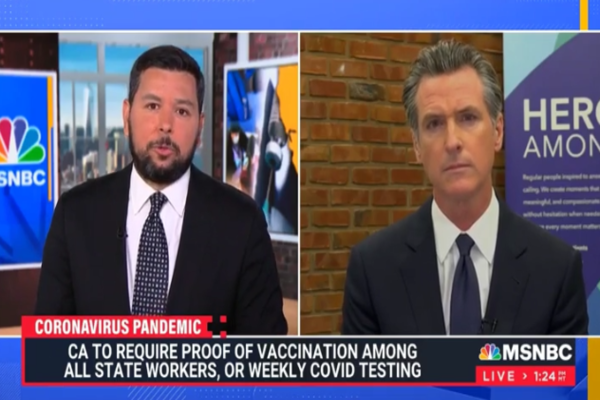 (breitbart) – Hours after a shocking video went viral showing Republican gubernatorial candidate Larry Elder dodging an egg thrown by a far-left activist in a gorilla mask, the GOP front-runner announced on Twitter that he will not be stopped.

In a tweet Wednesday evening, Elder vowed to “save California” and refused to let himself be intimidated.

“Today I kicked off the Recall Express bus tour. Before we even left Los Angeles, my security detail was physically assaulted, shot with a pellet gun, and hit with projectiles. The intolerant left will not stop us. We will recall Gavin Newsom. We will save California,” he tweeted.

As of this writing, California Gov. Gavin Newsom (D) has not condemned the political violence that occurred in Los Angeles on Wednesday.

Meanwhile, the Los Angeles Times characterized the incident as a “hostile reception.”

Conservative pundits on Twitter noted that the entire mainstream media apparatus would be abuzz with accusations of racism if Larry Elder were a Democrat being egged by a Republican wearing a gorilla mask: