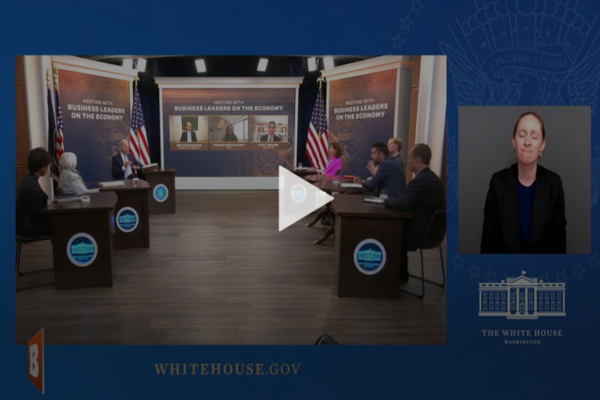 (breitbart) – President Joe Biden on Thursday reminded Americans suffering from inflation and high gas prices that he sent them a check for $8,000 in 2021.

“There’s reason to be down but I started thinking about it … the first year, we were able with the rescue plan, we were able to send them a check for eight grand,” he said. “I mean a check. Beyond that by the way, there was more than that.”

The president spoke about the trillions he spent in the Democrat-passed American Rescue Plan during a conversation he had with his economic advisers on the state of the economy. His mention of the “$8,000 check” was likely a reference to the temporary expansion of the child tax credit provided to some families in 2021 until it expired this year.

Biden complained that Americans forgot what he did for them in 2021, even as he admitted it was “totally understandable.”

“That’s a lot of money, and so it helped save a lot of people in terms of getting thrown out of their home and rental housing and a whole range of things,” he said.

Biden cited his own experience growing up in a middle-class home as proof he understood what Americans were going through.

“It’s like whoa, I feel worse off, but then again, I didn’t get a check for eight grand from the government among other things,” he said.

“Does that make any sense to everybody or is it just me?” he asked his advisers.

“We need to bring down inflation, but we need to preserve the success that that plan achieved in the labor market,” she said.