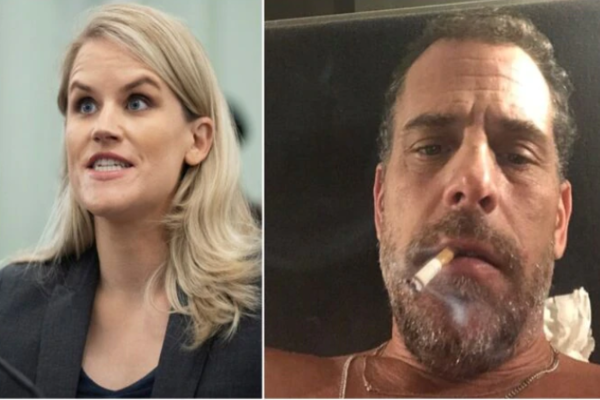 (breitbart) – I am beginning this column by partially retracting my previous column on the subject — I wrote that the legacy media tacitly came clean on their lies about the Laptop from Hell in October 2020 by now acknowledging that the hard drive is authentic. But really, they have not actually conceded, despite the litany of recent admissions.

In the last two weeks, the New York Times, CNN, and the Washington Post all came forward to admit that the Hunter Biden hard drive — which I originally reported a year and a half ago in the lead-up to the 2020 election and saw those outlets dismiss and smear the stories as “baroque mythology,” “made up,” “Soviet tradecraft,” and “disparaging Biden” — was authentic.

However, despite initial admissions, the media are now stopping short of acknowledging the reporting on the information the hard drive contained — namely, that Joe Biden was a direct beneficiary of Hunter’s deals.

MSNBC, for instance, published a column by former FBI assistant director for counterintelligence (2011-2012) Frank Figliuzzi — the same FBI that buried the laptop in 2019 and then saw a number of former officials sign on to a letter baselessly calling the reporting on it “Russian disinformation” — insisting the hard drive does not include any incriminating information about Joe Biden. The column calls any focus on Joe Biden’s involvement with Hunter a fixation of the “far-right,” and essentially says Hunter’s behavior is not anything out of the ordinary in Washington.

“We may never know precisely what executives, said to be affiliated with the Chinese government, thought the Bidens could do for them. But anyone who has spent time working in counterintelligence, as I have, understands that the facts laid out in The Post’s review aren’t unique to the Biden family or to any one political party,” Figliuzzi writes, in an episode of stunning disingenuity. “That’s why — particularly with no evidence of wrongdoing by his father — we should be thinking not so much about Hunter Biden but beyond Hunter Biden.”

Counterintelligence expert Figliuzzi’s 1,359 word column makes exactly 0 mentions of the information contained in the hard drive, which show a White House call about the then-VP’s upcoming visit to Ukraine was leaked to Burisma, that then-VP Joe Biden took a meeting with a Burisma executive in Washington, and that Hunter Biden was holding equity for Joe Biden in a business with members of the Chinese Communist Party.

Dan Abrams, ABC News analyst and founder of Mediaite, made a similar claim on Wednesday in analyzing the story, acknowledging on legacy media show prep Morning Joe that the laptop is authentic — but then hedging, “If you’ve got some facts, if you want to talk specifics about an email or what we know, fair enough. But what you’re seeing from some of the right-wing media is this effort to lump together Hunter and Joe,” and going on to slap “the mainstream media” on the wrist for not doing more at the time when it mattered to report accurately on the Laptop from Hell.

But Dan Abrams himself was one of the people in “the mainstream media,” who at the time defaulted to dismiss the New York Post report as “unverified” and “untrue” and essentially admitted he was too lazy and decadent to chase down the facts of the story himself.

Abrams went on ABC News in October 2020 to say “there’s no evidence that Joe Biden got any of that money” from Hunter’s CCP deals, after George Stephanopoulos set up the conversation saying, “Most of those charges … are unverified, several misleading or untrue,” to which Abrams replied, “Right.”

Apparently he missed the primetime press conference by Hunter Biden’s business associate Tony Bobulinski, who was personally involved in the China deal, where he said unequivocally that Joe Biden was on the take, but that Hunter was holding the money for him to create “plausible deniability.”

Abrams also tweeted in December 2020 — over a month after election day — that he invited “those making allegations against Hunter” to talk, but was “rebuffed,” apparently shocked at the idea that he might have to put in some leg work to convince a rightfully skeptical source to talk to him. For the record, I was never approached by Abrams or contacted in any capacity by him or his producers.

“So this is odd. @NBCNews did a story about how the lack of cooperation from those making allegations against Hunter Biden made the case tough to investigate. They were ‘rebuffed.’ … Now when I ask them to come on @DanAbramsSXM, to explain, they rebuff me,” he posted.

The Atlantic’s Anne Applebaum is another member of the so-called serious journalist class who is now partially adjusting her position on the laptop — but stopping short of being honest.

In October 2020, Applebaum smeared the Post reporting as “fraudulent claims.”

Now, during an appearance this week at the University of Chicago panel on “disinformation,” Applebaum has decided the laptop itself isn’t “fraudulent,” but is still insisting on ignoring the proof it contains that Joe Biden was involved in Hunter’s deals.

“My problem with Hunter Biden’s laptop is I think it’s totally irrelevant, I mean, it’s not whether its disinformation… I don’t think Hunter Biden’s business relationships have anything to do with who should be president of the United States,” she told a student during the Q&A.

In my previous column I chastised the media for acknowledging the veracity of my original reporting at the New York Post but refusing to retract their previous lies.

However, what I failed to realize at the time, and what I am now understanding is that, actually, the legacy media have still not come around to the truth, and are still firmly set in their roles as Democratic Party PR agents, by creating a distinction between the authenticity of the hard-drive and its contents.

Many others in right-wing media understood the admissions from the Times, CNN, and the Washington Post as tacitly conceding that they were wrong in their reporting over a year ago, and that they were now doing an about-face. But it is clear that the activists and liars who make up our journalism industry are still way off from reckoning with their ways and continue to parse words in purposely misleading their audience.