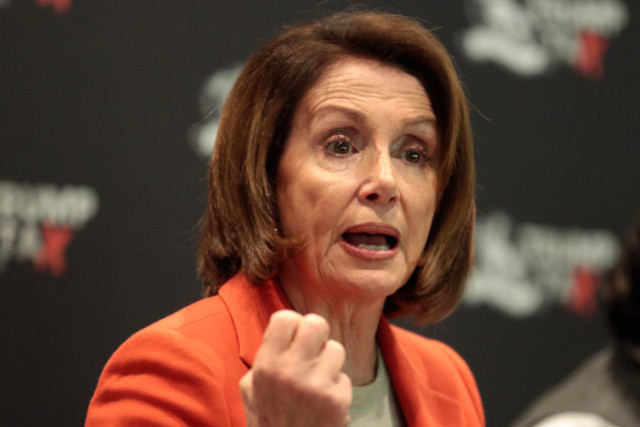 (Gateway Pundit) – This woman is certifiable.

Nancy Pelosi traveled to Munich, Germany this weekend to trash Trump while overseas.

During her interview with CNN’s Christiane Amanpour Pelosi refused to believe President Trump was overwhelmingly acquitted in the US Senate in the sham impeachment.

Christiane Amanpour: “What about, though, the fact that the president seems liberated, and this is about democratic politics so I’m not asking you to criticize here, but he was acquitted, his poll ratings are high…”

Pelosi also defended ripping up the State of the Union Address in a pre-planned stunt.

She can’t be removed from her perch soon enough.