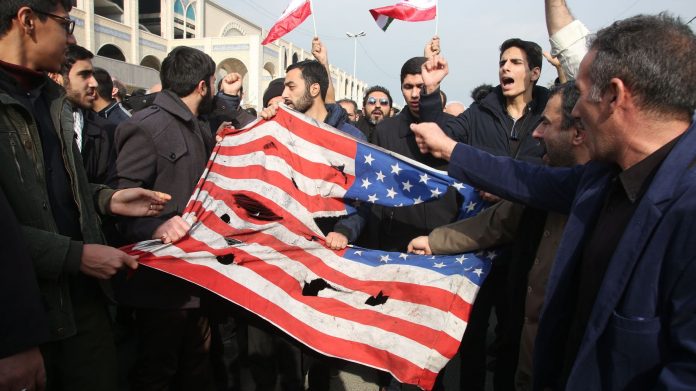 To Iranian President Rouhani: NEVER, EVER THREATEN THE UNITED STATES AGAIN OR YOU WILL SUFFER CONSEQUENCES THE LIKES OF WHICH FEW THROUGHOUT HISTORY HAVE EVER SUFFERED BEFORE. WE ARE NO LONGER A COUNTRY THAT WILL STAND FOR YOUR DEMENTED WORDS OF VIOLENCE & DEATH. BE CAUTIOUS!

On Thursday the United States killed General Qassim Soleimani, a top commander of Iran’s al-Quds Force, in an airstrike at Baghdad’s International Airport. The strike also killed Abu Mahdi al-Muhandis, the deputy commander of Iran-backed militias known as the Popular Mobilization Forces. Seven people were reportedly killed in the airstrike.

Iranians online are cheering the assassination of Iran Quds Force leader Major General Qassem Soleimani by a U.S. drone strike in Baghdad early Friday local time, with many thanking President Trump with a hashtag that reads:

Many observers regarded Soleimani as the second most powerful person in Iran behind the Supreme Leader.

It was just Wednesday that Iran’s Supreme Leader Ayatollah Seyed Ali Khamenei trash talked President Trump, saying, “That guy has tweeted that we see Iran responsible for the events in Baghdad & we will respond to Iran. 1st: You can’t do anything. 2nd: If you were logical —which you’re not— you’d see that your crimes in Iraq, Afghanistan… have made nations hate you.”

The outpouring is tremendous. There is even video of protesters in Baghdad cheering the death of Soleimani. Their protests against Iranian influence over the Iraqi government has been met with deadly violence by Iran backed militias.