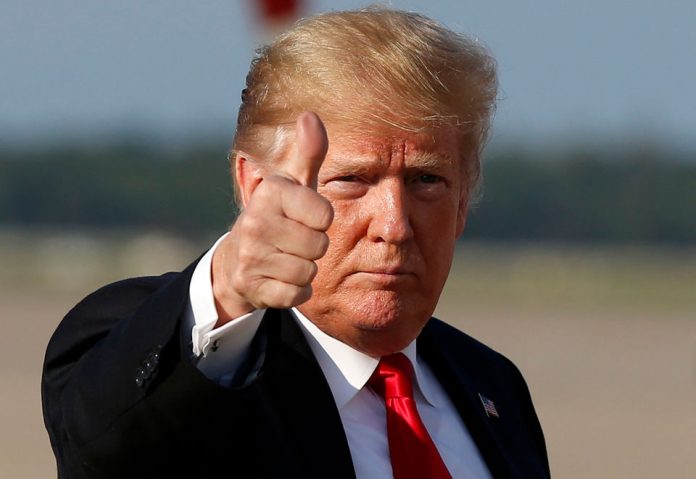 The Democrats wasted the public’s time and money with this charade.

(Big League Politics) – President Donald Trump has been officially acquitted of two articles of impeachment and will not be convicted following his impeachment by the House of Representatives. He will remain in office despite the best efforts of the Democrats.

“The Senate having tried Donald John Trump, President of the United States, upon two articles of impeachment exhibited against him by the House of Representatives, and two-thirds of the Senators present not having found him guilty of the charges contained therein, it is therefore ordered and adjudged that the said Donald John Trump be and he is hereby acquitted of the charges in said articles,” Chief Justice John Roberts said to conclude the trial.

The video of the end of the proceedings can be seen here:

The Senate would have had to garner a supermajority of 67 Senators to determine that Trump was guilty of impeachable offenses. However, not even a simple majority could come to that conclusion even though the Democrats threw everything but the kitchen sink in an attempt to convince them.

“You can’t trust this president to do the right thing, not for one minute, not for one election, not for the sake of the country,” said House Intelligence Committee chairman Adam Schiff (D-CA). “A man without character or ethical compass will not find his way.”

The Democrat-led proceedings ended up being a massive waste of time at great expense to the U.S. taxpayer, as Trump and his Republican supporters said they would be.

“The president has done nothing wrong, and these types of impeachments must end,” said White House counsel Pat Cipollone about the witch hunt that occurred.

With impeachment now behind him, President Trump can focus on enacting his agenda and winning re-election in November.