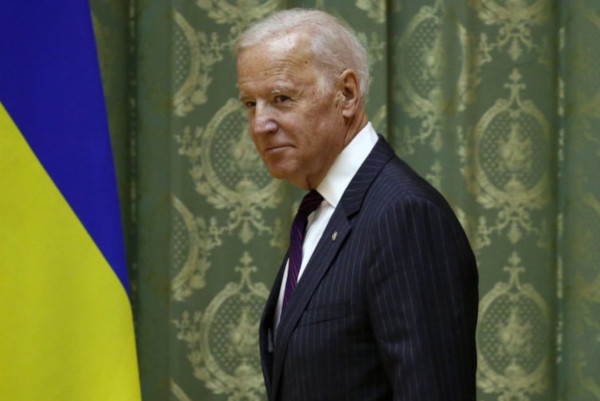 (Gateway Pundit) – The Deep State is well connected to the corrupt Democrat Party.

It makes your head spin when all the connections are identified like below.

We already know that when Joe Biden was Obama’s VP his son Hunter was appointed to the Board of the Ukraine’s largest oil and gas company – Burisma.

This is the same company Joe Biden bragged about removing a prosecutor who was looking into Burisma, the Bidens’ and George Soros in the Ukraine:

We also know that John Kerry was involved in the Ukraine as well.

In addition, we’ve presented a video surfaced of Kerry bragging about himself, Obama and Biden all wanting the Ukrainian prosecutor gone who was looking into Burisma:

We also know that Mitt Romney is connected to Burisma.

Joseph Cofer Black was announced as being appointed to Burisma where he would be “leading the company’s security and strategic development efforts.” Black had served in various CIA positions under Presidents Clinton and George W. Bush.

According to reports, Cofer Black was a “top Romney aide.”

We also know that wherever there’s corruption, then the Clintons are right in the middle of it.

The Clintons received millions from Ukrainians over the years in donations to their ‘Foundation’:

From 2009 up to 2013, the year the Ukrainian crisis erupted, the Clinton Foundation received at least $8.6 million from the Victor Pinchuk Foundation, which is headquartered in the Ukrainian capital of Kiev, a new report claims. In 2008, Viktor Pinchuk, who made a fortune in the pipe-building business, pledged a five-year, $29-million commitment to the Clinton Global Initiative, a program that works to train future Ukrainian leaders “to modernize Ukraine.” The Wall Street Journal revealed the donations the fund received from foreigners abroad between 2009-2014 in their report …

We also know the son of ‘Crazy Nancy’ is involved in the Ukraine.

Speaker Pelosi’s son, Paul Pelosi Jr., got paid thousands for a no-show job which he wasn’t qualified in an effort to buy influence with his politician parent. (The same company that paid him is connected to the Clintons as well.)

Nancy Pelosi’s son Paul was also on the board of an energy company and he traveled to Ukraine for his work.

AND — Better Yet — Speaker Nancy Pelosi even appeared in the company’s video ad! According to Patrick Howley Speaker Pelosi’s son Paul Jr. was an executive at Viscoil.

Of course, Democrat megadonor, George Soros, is involved in the Ukraine too.

Creepy George Soros was interviewed by 60 Minutes years ago and at that time he was already involved in the Ukraine. In this infamous interview Soros claimed to have no shame for turning in fellow Jews to the Nazis in World War II Hungary. The Nazis then stole the booty from the Jews and Soros claimed that if he didn’t do what he did, someone else would do it. This is the man many believe is behind today’s modern corrupt Democrat Party:

The point of today’s post is to highlight the incident noted above where Devon Archer in 2018 was found guilty in a scheme to defraud Native Americans but his guilty plea was later overturned by a Mueller connected judge.

It turns out that the judge who oversaw Archer’s case was none other than Democrat judge Ronnie Abrams, an Obama appointee:

Judge Abrams is also married to Greg Andres from the Mueller investigation.

In June of 2018, Judge Abrams oversaw the case of Devon Archer where he was convicted of securities fraud by a “unanimous and swift jury”:

But by November, Judge Abrams had a change of heart concerning only Devon Archer:

A federal judge on Thursday overturned the conviction of a New York man on charges that he helped run a scheme to defraud a Native American tribe and multiple pension funds through the issue of $60 million worth of tribal bonds. U.S. District Judge Ronnie Abrams in Manhattan ruled that the evidence at the trial earlier this year had not shown that the man, Devon Archer, knew that the bond issue was fraudulent, or that he received any personal benefit from it. Abrams said she was “left with an unwavering concern that Archer is innocent of the crimes charged.” She upheld the convictions of John Galanis and Bevan Cooney, who were tried and convicted alongside Archer.

So the judge whose husband was a member of the Mueller gang overturned the unanimous jury conviction of Devon Archer after having a change of heart? Who said there is a two-tiered system of justice?