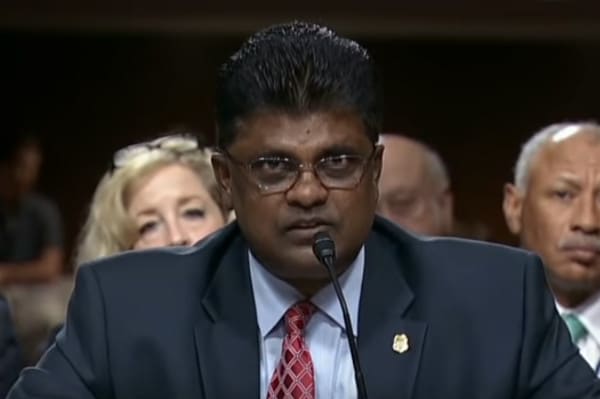 (Gateway Pundit) – Obama’s Acting Homeland Security Inspector General and his subordinate were indicted on 16 counts of theft and fraud, the Justice Department announced on Friday.

“The indictment charges Charles K. Edwards, 59, of Sandy Spring, Maryland, and Murali Yamazula Venkata, 54, of Aldie, Virginia, with conspiracy to commit theft of government property and to defraud the United States, theft of government property, wire fraud, and aggravated identity theft. The indictment also charges Venkata with destruction of records.”

The charges allege that in addition to stealing government software and databases, Venkata helped Edwards by reconfiguring his laptop so that he could upload the stolen software.

“The indictment further alleges that, in addition to stealing DHS-OIG’s software and the sensitive government databases, Venkata and others also assisted Edwards by reconfiguring his laptop so that he could properly upload the stolen software and databases, provided troubleshooting support whenever Edwards required it, and helped him build a testing server at his residence with the stolen software and databases,” the Department of Justice said in a press release announcing the indictments. “As further part of the alleged scheme, Edwards retained software developers in India for the purpose of developing his commercial alternative of DHS-OIG’s software.”

Although Edwards left the DHS in 2013, according to the indictment he leveraged his relationship with Venkata to carry out the scheme which began in October of 2014 and continued to April of 2017.

Not a smidgen of corruption, though. Just ask Barry Obama.