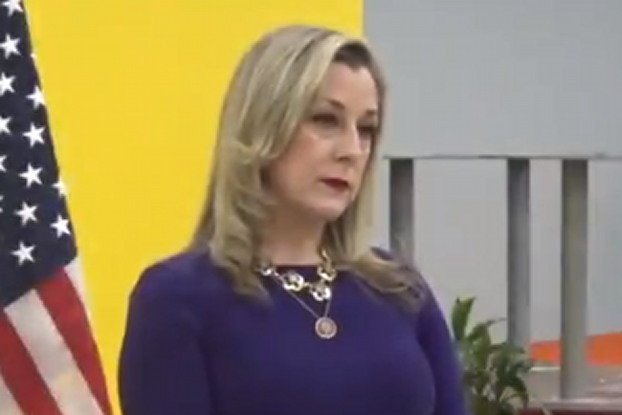 (Gateway Pundit) – Democrats around the country are hearing from constituents who are angry about the impeachment proceedings.

In Oklahoma, Rep. Kendra Horn recently got an earful from voters at a public meeting.

Another Trump District Democrat Ripped By Constituents Over Impeachment: ‘If She Votes For Impeachment, She’s Screwed’. Constituents ripped Democratic Oklahoma Rep. Kendra Horn on Sunday, saying Democrats focus too much on impeachment and too little on improving the lives of Americans. Horn, who represents most of Oklahoma, Pottawatomie and Seminole counties, spoke at a Sunday town hall meeting where voters angrily questioned her on why she continues to focus on impeachment. President Donald Trump won Horn’s district in the 2016 presidential election, and eight Republicans announced they will run for her vulnerable seat in 2020, according to the Oklahoman. “As an independent voter, I think you’re in a lot of trouble if you vote for this impeachment,” said Edmond, Oklahoma, resident Susan Jaslow, the Oklahoman reported. Jaslow voted for Horn in 2018, but said she is part of a group of independent voters upset about the impeachment circus. “If she votes for impeachment, she’s screwed,” Jaslow added. “We want Congress to get back to work for the American people, please,” said Ronda Peterson, who identified herself as a conservative.

See the video below:

Trump’s campaign manager commented on this:

This is not going to go well for any Democrats in areas that voted for Trump.