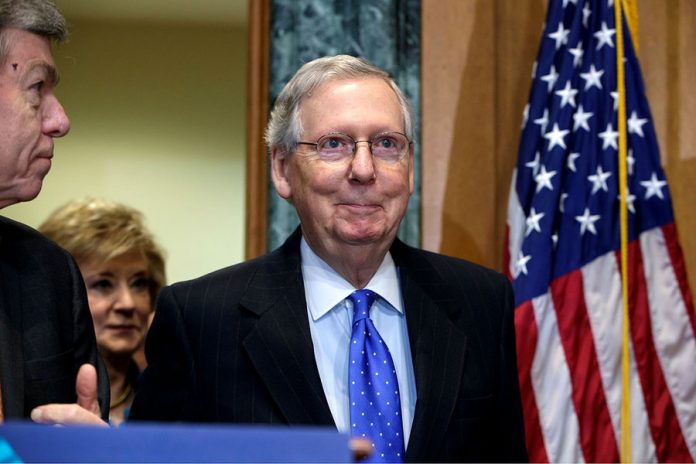 (Breitbart) – House Speaker Nancy Pelosi told Democrats Friday that she was prepared to send the articles of impeachment passed by the House to the Senate for trial, despite a month-long delay to the process.

The Speaker revealed her intentions in a letter to her Democrat colleagues and obtained by reporters.

“I have asked Judiciary Committee Chairman Jerry Nadler to be prepared to bring to the Floor next week a resolution to appoint managers and transmit articles of impeachment to the Senate,” Pelosi wrote in the letter. “I will be consulting with you at our Tuesday House Democratic Caucus meeting.”

Pelosi’s announcement marked a sudden reversal of her decision to delay the trial and try to force Senate Majority Leader Mitch McConnell to commit to calling additional witnesses and evidence in the trial.

Senate Democrats pressured Pelosi to drop her attempt to draw out concessions from McConnell, an idea that she reportedly got from watching CNN.

Pelosi’s spokesman Drew Hamil confirmed on Twitter that the articles would be sent to the Senate next week.