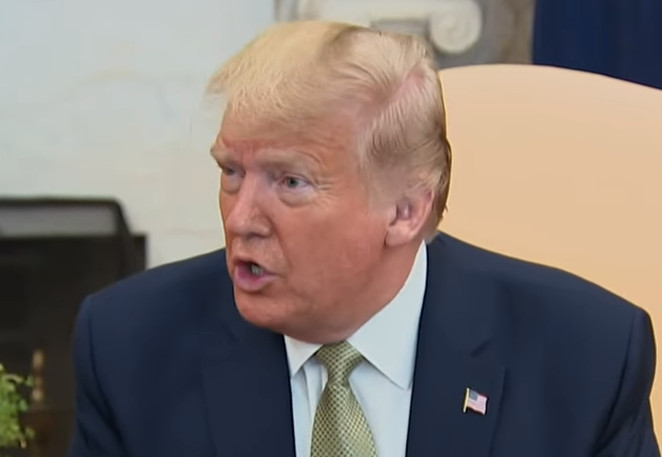 When asked by reporters if he supported the bill, Trump replied, “No, because there are things that are in there that have nothing to do with what we are talking about.”

Pelosi and House Democrats rushed to release a bill on Wednesday night at 11:00 p.m. that was about 124 pages long. The bill did not address issues that the president asked for, including a payroll tax cut. But Trump indicated that Democrats were using the crisis to push through partisan proposals.

“It’s not a way for them to get some of the goodies that they haven’t been able to get for the past 25 years,” Trump said.

Speaker Pelosi said Thursday during a press conference that it was imperative to get a bill passed as soon as possible to help American families suffering the economic disruption.

But negotiations continue, as Pelosi said that she was continuing to speak to Treasury Secretary Steve Mnuchin.

She noted that the White House requests for changes to the bill were “all very reasonable.”

Trump said he would remain at the White House as the fight against the spread of coronavirus continued.