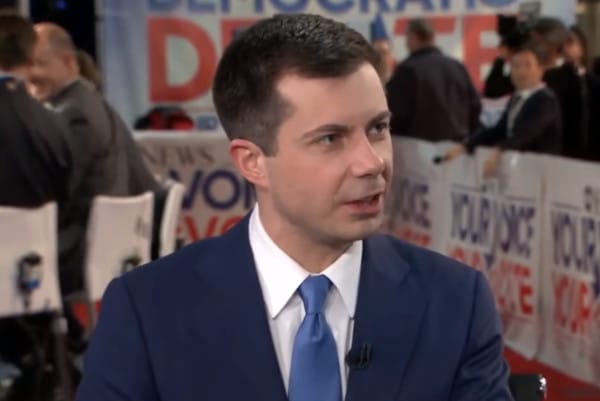 (Gateway Pundit) – There has been a lot of talk about healthcare in the 2020 Democrat primary.

Bernie Sanders has been pushing for Medicare for All, while other candidates have advocated a more moderate approach.

Pete Buttigieg let the mask slip on this issue during a campaign event this week.

He plainly stated that he doesn’t care if millions of Americans lose the healthcare plans they like.

Buttigieg on Private Insurance: ‘I Don’t Care’ if People Lose Preferred Coverage. Healthcare is a center-stage issue for the 2020 election cycle, both in the Democratic primary and the general election. Democratic contenders have differing views on healthcare, but all candidates want government to take up a bigger role in the insurance market. Far-left candidates, Sens. Bernie Sanders (D-VT) and Elizabeth Warren (D-MA) have pledged to completely destroy the private insurance market with a Medicare for All system, which boats a trillion dollar price tag.

Former Vice President Joe Biden, Sen. Amy Klobuchar (D-MN) and Pete Buttigieg have all come out in favor of plans with a more modest cost; although these plans, similar to a public option, require less government funding, each still represents an overhaul of the insurance market. Pete Buttigieg, who has emerged as a top-tier candidate after the Iowa caucuses, causually brushed off the fact that millions of Americans would lose their preferred insurance under a system exclusively run by the government, as we’ve seen under the Affordable Care Act.

See the video below:

The media calls this guy a moderate. Does this sound moderate to you?

The people who would lose their healthcare plans probably care.

They probably care very much.