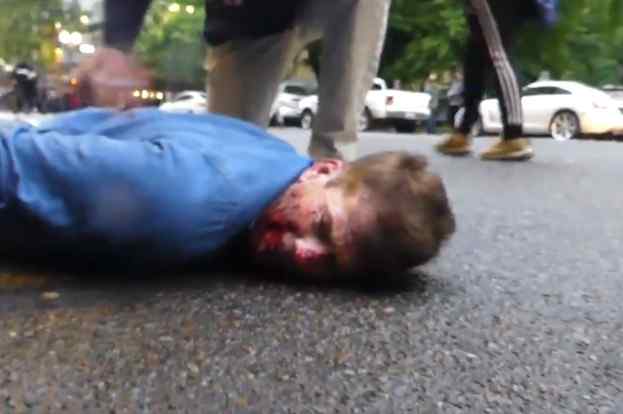 (Gateway Pundit) – A Portland man tried to help another man carrying a US flag in downtown Portland on Saturday.

The leftist Antifa and Black Lives Matter thugs chased the man, knocked him out and kicked him in the head while unconscious on the street. This was at Saturday’s Antifa/BLM riot.

The leftists got a good kick to his head while he was unconscious.

According to Brandon Farley the man’s tooth was knocked out.