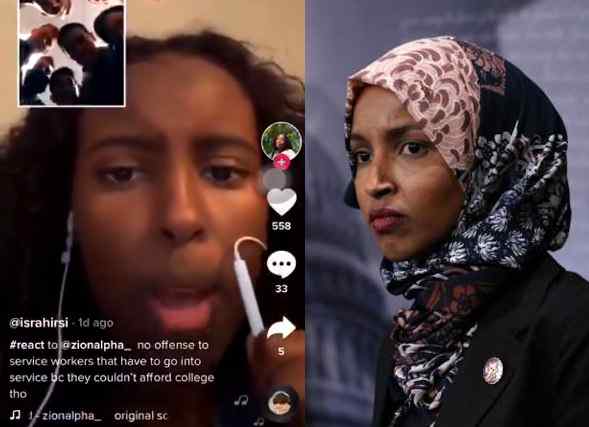 The congresswoman’s 17-year-old daughter Isra Hirsi made the comments during a TikTok live video captured by conservative activist CJ Pearson.

“I know this is a joke, but the fact that these men are calling me a bitch when they are actively killing innocent children abroad and also furthering US imperialism makes me think that they are actually the bitch,” Hirsi said with a snarky imitation valley-girl tone.

The video quickly went viral, as did calls for Rep. Omar to comment about whether or not she shares her daughter’s views, since apples generally do not fall too far from the tree.

Hirsi may be young, but she is already an engaged and influential political activist and co-founder and executive director of the U.S. Youth Climate Strike — the American arm of the global youth climate change movement. She has been featured in glowing profiles in Time Magazine, Jacobin and Vice Magazine, among others.

The congresswoman’s daughter launched U.S. Youth Climate Strike the same month that her mother was sworn into office.