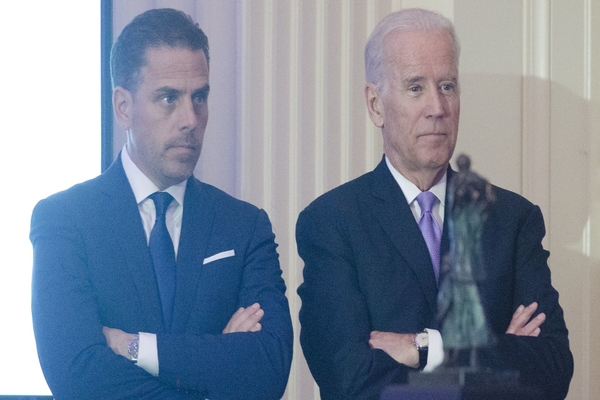 (breitbart) – Disagreement exists among those surrounding the Biden family about how to combat Republican investigations into the family business, according to a report.

Kevin Morris, a Hollywood attorney who has been retained by Hunter Biden to “craft legal and media strategy,” reportedly believes the Biden family should take a more aggressive position against the GOP investigations by remaining in the public eye, along with suing conservative media networks and some Republicans for defamation concerning information discovered on the “Laptop from Hell.” Others in the Biden orbit believe the family should take a far less aggressive approach, staying out of the public view and allowing the White House and congressional Democrats to combat the investigations through public relations.

Morris has assembled a research team to compile opposition research against Hunter’s former business partner Tony Bobulinski and laptop repair man John Paul Mac Isaac, both of whom are likely to cooperate with the GOP’s probes into the Biden family business. According to the Washington Post’s Matt Viser and Michael Scherer, the team members include Chris Clark, a lawyer handling the Justice Department’s investigation into Hunter’s alleged gun and tax violations, and attorney Joshua A. Levy, who is heading up the Biden family’s defense against the GOP’s congressional investigation that seeks to reveal that Joe Biden is compromised by the family’s business schemes.

Disagreement reportedly exists between Morris and the White House about how the Biden family should combat the investigations into the family business. Morris, who gave Hunter $2 million to pay the IRS for delinquent taxes, wants Hunter to remain in the public eye by attending public events, such as the recent White House state dinner and public art exhibits. The Post reported those who agree with Morris’s strategy also want Hunter to play a public role in Joe Biden’s potential reelection campaign.

But not everyone agrees with Morris’s strategy. One Democrat who spoke with the Post under anonymity opposes the approach. “No one thinks this strategy of putting Hunter Biden front and center is smart,” the person said. “No one, including the White House, thinks this is a smart strategy.”

The White House also appears to be opposed to pushing Hunter further into the public eye. The White House has suggested it will not comply with many of the GOP’s subpoenas seeking information related to Hunter’s role in the Biden family business. It has also made the argument Hunter is a private citizen, one who is allowed to conduct his own business affairs in the art market without scrutiny.

“Congressional Republicans’ politically motivated partisan attacks on the president and his family are rooted in nonsensical conspiracy theories and do nothing to address the real issues Americans care about,” White House spokesman Ian Sams told the Post.

“One thing is clear, the facts are revealing that Joe Biden is compromised,” Stefanik and Comer said in a joint statement. “In the new majority, House Republicans will use our subpoena power to expose how deep Hunter Biden and the entire Biden family’s corruption goes and hold this Administration accountable.”

“We already know Hunter Biden made millions off of his corrupt business dealings with the Chinese Communist Party,” they continued. “We must know how far Hunter Biden’s corruption goes as a matter of national security.”

Money laundering, one of the nine alleged Biden family business violations probed by the GOP, was identified as an issue in the art world, according to the Senate’s Permanent Subcommittee on Investigations last year. “Secrecy, anonymity, and a lack of regulation create an environment ripe for laundering money and evading sanctions,” the committee said. “Given the intrinsic secrecy of the art industry, it is clear that change is needed in this multi-billion dollar industry.”

Meanwhile, Hunter is under investigation by the Justice Department for alleged tax and gun violations. The defense could possibly successfully use Hunter’s drug abuse to defend the president’s son against potential charges, the Wall Street Journal reported. It should be noted President Joe Biden has failed to appoint a special counsel to probe into his son’s alleged violations.

In 2018 and 2020, Breitbart Senior Contributor and Government Accountability Institute President Peter Schweizer published Secret Empires and Profiles in Corruption. Each book hit number one on the New York Times bestseller list and exposed how Hunter Biden and Joe Biden flew to China aboard Air Force Two in 2013 before Hunter’s firm inked a $1.5 billion deal with a subsidiary of the Chinese government’s Bank of China less than two weeks after the trip. Schweizer’s work also uncovered the Biden family’s other vast and lucrative foreign deals and cronyism.

Breitbart Political Editor Emma-Jo Morris’s investigative work at the New York Post on the Hunter Biden “laptop from hell” also captured international headlines when she, along with Miranda Devine, revealed that Joe Biden was intimately involved in Hunter’s businesses, appearing to even have a 10 percent stake in a company the scion formed with officials at the highest levels of the Chinese Communist Party.