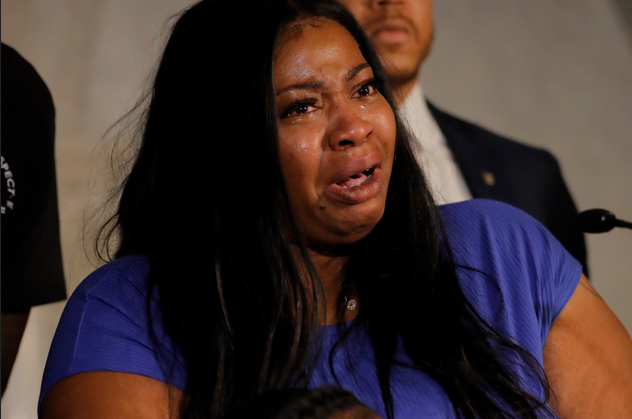 (breitbart) – The mother of George Floyd’s daughter has reportedly announced a $250 million lawsuit against Kanye West, claiming the billionaire rapper and fashion mogul’s recent comments in which he seemed to attribute Floyd’s death to fentanyl and not police brutality have “retraumatized” her daughter.

Roxie Washington’s lawyers allege West’s comments constitute “harassment, misappropriation, defamation, and infliction of emotional distress,” according to a letter obtained by Yahoo Entertainment. It remains unclear how West’s remarks are defamatory since the dead cannot be defamed under the law.

“The interests of the child are priority. George Floyd’s daughter is being retraumatized by Kanye West’s comments and he’s creating an unsafe and unhealthy environment for her,” attorney Nuru Witherspoon said.

The lawsuit will reportedly also go after West’s “business partners” and “associates.”

It remains unclear if lawyers have already filed the lawsuit in court or if the announcement is a strategy to force West into a settlement.

West made the comments during a recent appearance on the “Drink Champs” podcast.

“They hit [Floyd] with the fentanyl. If you look, the guy’s knee wasn’t even on his neck like that,” West said.

Earlier this week, attorneys for George Floyd’s daughter, Gianna, and her mother sent West a cease-and-desist letter, demanding that he stop commenting publicly about Floyd’s death.

A medical examiner ruled Floyd’s death as a homicide. However, an autopsy report noted other “significant” conditions, including hypertensive heart disease, fentanyl intoxication, and methamphetamine use.

As Breitbart News reported, Kanye West donated $2 million in 2020 to support George Floyd’s family members, as well as those of Ahmaud Arbrery and Breonna Taylor. The fund included an education plan to cover college tuition for Floyd’s daughter.