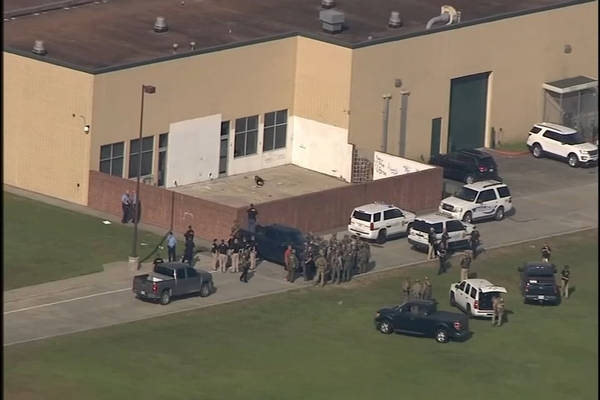 (breitbart) – Salvador Ramos, the 18-year-old gunman who shot dead 19 children and two teachers at Robb Elementary School in Uvalde, Texas, on Tuesday once sliced up his own face with knives “for fun,” his friend revealed.

Ramos’ friend Santos Valdez Jr., 18, said the two had been close, playing video games and basketball regularly, until his friend’s behavior began to “deteriorate,” the Washington Post reported. At one point, he recounted, Ramos showed up at a park with scratch marks across his face and said he had been attacked by a cat. “Then he told me the truth, that he’d cut up his face with knives over and over and over,” Valdez told the newspaper “I was like, ‘You’re crazy, bro, why would you do that?’” he said. Ramos told him it was just “for fun,” Valdez said.

The mass shooting has reignited demands from Democrats to pass gun control legislation.

President Joe Biden said in a White House speech that the time has come to take on the gun lobby.

“It’s time to act,” the president stated. “We can do so much more.”

“What in God’s name do you need an ‘assault weapon’ for except to kill someone? Deer aren’t running through the forest with Kevlar vests on, for God’s sake,” he added.

Despite Democrat pleas for gun control, Senate Majority Leader Chuck Schumer (D-NY) suggested Wednesday that the Senate will not hold a swift vote on background-check bills that have already passed the House, according to NBC News.

“My Republican colleagues can work with us now. I know this is a slim prospect, very slim, all too slim — we’ve been burned so many times before — but this is so important,” Schumer said.