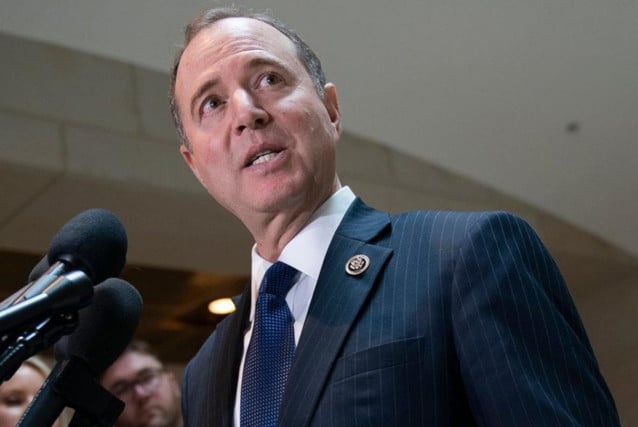 (Breitbart) – House Minority Leader Kevin McCarthy (R-CA) and fellow Republicans are calling on House Intelligence Committee chairman Adam Schiff (D-CA) to resign due to his involvement in the filing of a “whistleblower” complaint against President Trump.

The New York Times reported Wednesday that a CIA official went to one of Schiff’s aides with his concerns and that the aide passed on to Schiff those concerns, then instructed the official to get legal counsel and file a formal “whistleblower” complaint.

Later, Schiff revealed the existence of the complaint in a letter and demand the White House release the complaint to Congress. Schiff also told the Daily Beast’s Sam Stein that the committee never communicated with the “whistleblower” prior to the complaint:

FLASHBACK: Adam Schiff lies, insists: “we have not spoken directly with the whistleblower”https://t.co/71gxgocBUd pic.twitter.com/kJFkr2Rjru

“We should go further than censure. He should be removed from the chairmanship of the intel community, and one person makes that decision — the speaker of the House. I requested that in March,” McCarthy told Fox News anchor Laura Ingraham Wednesday.

“He is now, as you know, a fact witness. And nowhere in our justice system allows a fact witness to be the prosecutor. He needs to recuse himself today, and the speaker needs to remove him as the chairman of one of the most sensitive committees that we have, the Intel Committee,” he added:

.@GOPLeader says @RepAdamSchiff needs to be removed from the chair of the committee. pic.twitter.com/h5dBNSP4cu

“Re-upping my tweet from last week given the breaking news today that Adam Schiff had early access to the whistleblower & DID NOT share it with his own committee – instead he manipulated this information & played partisan political games. He should immediately step down as Chair,” she tweeted:

Re-upping my tweet from last week given the breaking news today that Adam Schiff had early access to the whistleblower & DID NOT share it with his own committee – instead he manipulated this information & played partisan political games. He should immediately step down as Chair. https://t.co/809PzeUjBs

Republicans on the House Intelligence Committee penned a letter in March requesting that Schiff resign, after former special counsel Robert Mueller found there was no evidence the Trump campaign committed a crime related to Russia and introduced it during a committee hearing where Schiff became visibly emotional:

Stein tweeted Thursday morning that Schiff told him on Wednesday he has no plans to resign as chairman of the committee:

Needless to say, Schiff told me yesterday he is not going to resign. https://t.co/QiXA6Ibwpq