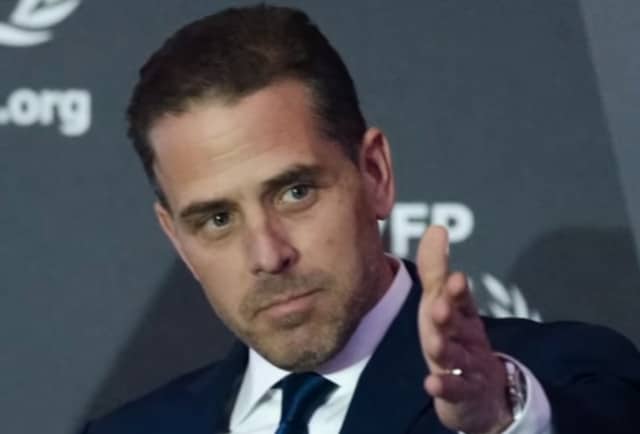 (Gateway Pundit) – Russia’s independent Novaya Gazeta published a devastating piece Tuesday on corrupt the Ukrainian oligarchs who are involved with the Burisma Holdings company in Ukraine.

Novaya Gazeta even produced a document that shows $3.4 million was paid out to Hunter Biden… $3.4 million!

Two months after he was fired from the US Navy for drug use Hunter Biden was placed on the Burizma board and soon was making $50,000 per month.

Here is the document of payment published by Novaya Gazeta.

DOCUMENT (WITH TRANSLATION INTO RUSSIAN):

According to Gazeta the Ukrainians not only paid Hunter Biden millions of dollars but the money was laundered funds of a criminal organization in the amount of $3.9 million.

The Ukrainian company Burisma, owned by a colleague of Yanukovych, invited Biden’s son to the board of directors immediately after the fall of Yanukovych. Hunter Biden received 50 thousand dollars a month. After the Ukrainian prosecutor general Shokin opened a criminal case against Burizma, Biden Sr. insisted on dismissing Shokin, threatening to stop a $ 1 billion loan to Ukraine. Voluntarily or involuntarily, the US vice president acted as the “roof” of Burisma…

…The position of the investigation is that this purchase was paid with money obtained by criminal means, and it was precisely this money, “acquired by a malicious hat in especially large proportions”, that Nikolai Zlochevsky was allowed to pay to the members of the Board of Directors of Burisma. In particular, 1 million euros was transferred to the account of the ex-president of Poland, Alexander Kwasniewski, and 3,404,712.82 dollars was transferred to the account of Rosemont Seneca, which represented Hunter Biden.

Will the DOJ or Congress investigate this?