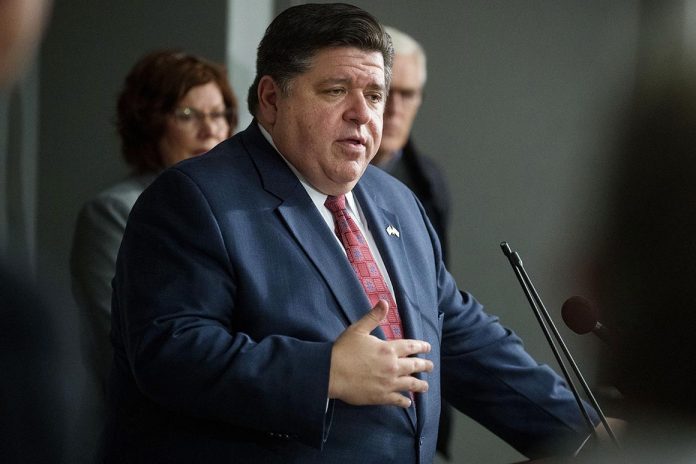 (Gateway Pundit) – Last week Illinois Democrat Governor J. B. Pritzker warned the people of Illinois the state in lockdown and businesses shut down until the end of May. He later told CNN the citizens of Illinois could be ordered to socially distance and wear masks indefinitely.

Now Governor J.B. Pritzker warned small business owners that if they try to reopen their businesses they could face up to a year in prison.

Small business owners trying to save their livelihoods could face up to a year in prison under Gov. J.B. Pritzker’s new emergency rules, unless a key committee fights back. Members of a key legislative committee are scheduled to meet May 20 to discuss a newly filed emergency rule that criminalizes businesses who defy Gov. J.B. Pritzker’s stay at home order. Pritzker amended Illinois Department of Public Health rules so business owners can be charged with a Class A misdemeanor for violating his closure order. The rule immediately took effect Friday, and now business owners can face a maximum penalty fine of $2,500 and one year in prison. Since this new rule was filed as an emergency rule, it would be effective for 150 days. The Joint Committee on Administrative Rules, or JCAR, is facing pressure to strike down Pritzker’s new rule at its Wednesday meeting, scheduled for 10:30 a.m.

Pritzker the tyrant wants to jail business owners who don’t want to lose their businesses and life savings.

But the state police announced they will not honor Pritzker’s requests.

The Illinois State Police announced on Tuesday they will not arrest or jail any individual in violation of Democratic Governor J.B. Pritzker’s lockdown or emergency orders.

The ISP posted their defiance to the governor on Facebook.