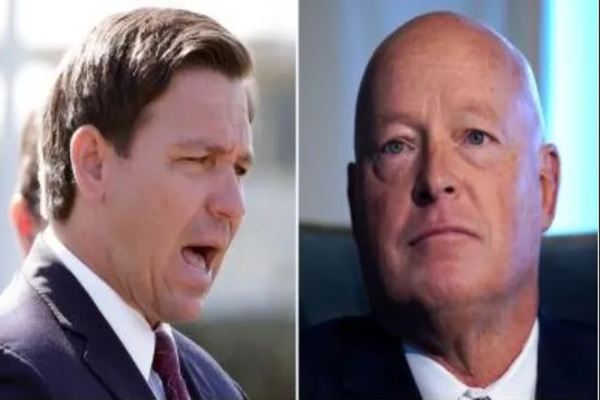 (breitbart) – The Walt Disney Co.’s CEO Bob Chapek has taken a knee before his LGBTQ employees, issuing a humiliating apology after some of them mutinied over the company’s refusal to condemn Florida’s Parental Rights in Education bill, which would forbid the teaching of sexuality and transgender ideology to students in kindergarten through third grade.

In his groveling mea culpa, Chapek said he needed to be a “stronger ally” to the company’s gay and transgender employees. He also falsely referred to the legislation as the “Don’t Say Gay” bill — a smear created by Democrats and dutifully propagated by the news media — claiming it poses a “challenge to basic human rights.”

“You needed me to be a stronger ally in the fight for equal rights and I let you down. I am sorry,” Chapek said in a memo to Disney staffers that was obtained by multiple news outlets.

“I truly believe we are an infinitely better and stronger company because of our LGBTQ+ community. I missed the mark in this case but am an ally you can count on—and I will be an outspoken champion for the protections, visibility, and opportunity you deserve.”

Bob Chapek said Disney will be contributing money to efforts to defeat similar legislation in other states. He also reiterated the company’s intention to “pause” political donations in Florida.

Read the full text of Chapek’s apology below:

“When you have companies that have made a fortune off being family-friendly and catering to families and young kids, they should understand that parents of young kids do not want this injected into their kid’s kindergarten classroom,” he said.

Florida’s Senate passed the Parental Rights in Education bill earlier this week, clearing the way for DeSantis to sign it into law.