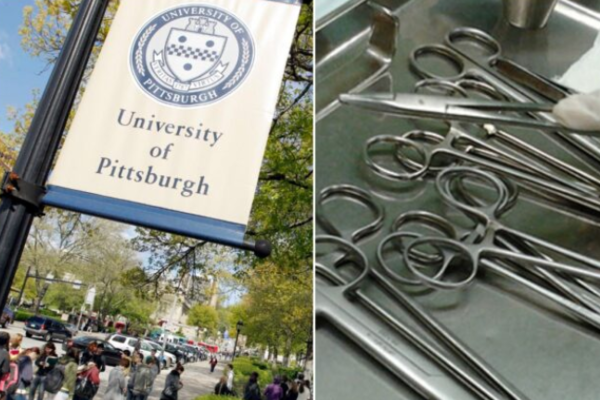 The University of Pittsburgh has admitted, perhaps unwittingly, that they are harvesting organs from children born alive during abortion procedures who are then murdered after the fact.

Judicial Watch and the Center for Medical Progress have obtained documents from the U.S. Department of Health and Human Services (DHHS) through a Freedom of Information Act (FOIA) request showing that the University of Pittsburgh received at least $2.7 million in federal funds to extract kidneys from living babies who were gruesomely murdered by abortion doctors.

“Pitt is now admitting to the news media that the aborted babies are still alive at the time their kidneys are cut out for [National Institutes of Health] grant money,” said David Daleiden, founder and president of the Center for Medical Progress.

Daleiden elaborated: “Pitt’s grant application for GUDMAP advertised this to the federal government and that labor induction abortions, where the baby is pushed out of the mother whole, would be ‘used to obtain the tissue.’”

“The plain meaning of the GUDMAP grant application, and the University of Pittsburgh’s statement explaining it, is that Pitt and the Planned Parenthood abortion providers responsible for its ‘research’ abortions are allowing babies, some of the age of viability, to be delivered alive, and then killing them by cutting their kidneys out,” he added.

It is worth noting that the National Institutes of Health also funded the mad science in Wuhan, China that likely led to the COVID-19 pandemic as well as the dramatic and permanent realtering of society.

Big League Politics has reported on how the federal government regularly funds the murder of babies to fuel medical research by heinously-unethical medical professionals who are cut from the same cloth as Mengele:

“The Food and Drug Administration (FDA) has been spending taxpayer dollars to buy mutilated fetal parts from babies who were murdered during late-term abortions, according to emails obtained by Judicial Watch.

Judicial Watch received emails showing correspondence between the FDA and the California-based Advanced Bioscience Resources (ABR) firm. The emails show that the FDA purchased fresh fetal parts from the ABR firm to conduct diabolical experiments that are grotesquely unethical.

The FDA spent tens of thousands on this program between the years of 2012-2018 before it was finally shut down by the Trump administration. With Trump ousted from office and the installation of President-imposed Joe Biden, it can be assumed that these types of illicit federally-backed trafficking operations will resume in no time.

ABR shipped fetal parts, sometimes labeled “fresh; on wet ice,” to the FDA for years. Some of the babies were murdered while at the gestational stage of 16-24 weeks, meaning they could have lived out of the womb. The FDA also requested for the mangled tissue of murdered boys, but wrote that “undetermined sex or female is better than no tissue.”

It has become clear that the lucrative industry of trafficking human body parts harvested during abortion procedures is being protected by powerful interests.”

The abortion industry is the work of Satan, and federal judges have permitted the murder of millions of children as supposedly constitutional. America will fall like Sodom and Gomorrah without an authentic religious awakening for Christ that puts these evildoers out of commission for good.