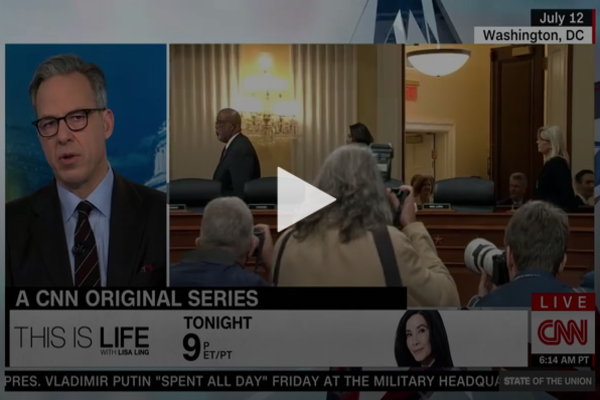 Anchor Jake Tapper said, “You’re a former federal prosecutor before you became a member of Congress. Do you think the evidence is there that Donald Trump committed any of the crimes I just mentioned and that the cases are prosecutable, that you could get a conviction?”

Schiff said, “I think that the evidence is there that Donald Trump committed criminal offenses in connection with his efforts to overturn the election. Viewing it as a former prosecutor, I think there’s sufficient evidence to charge the president.”

He continued, “This is someone who, in multiple ways, tried to pressure state officials to find votes that didn’t exist. This is someone who tried to interfere with a joint session, even inciting a mob to attack the Capitol. If that’s not criminal, then I don’t know what is.”

Tapper said, “So you’re going to vote yes on insurrection, on referring insurrection, obstruction of an official proceeding and conspiracy to defraud the federal government, all three?”

Schiff added, “I can’t comment on what referrals we’re going to make. We will have a vote on referrals as well as approving our overall report. But I can tell you our process has been to look meticulously at the evidence and compare it to various statutes. Is there sufficient evidence as to each element of a particular crime? We’re not referring or won’t be voting to refer everyone we think there may be evidence because we want to focus on those for which we believe there’s the strongest evidence.”

Tapper asked, “Do you think he committed insurrection, obstruction of an official proceeding and conspiracy to defraud the federal government?”

Schiff said, “I will say I think the president has violated multiple criminal laws. And I think he has to be treated like any other American who breaks the law, and that is he should be prosecuted.”