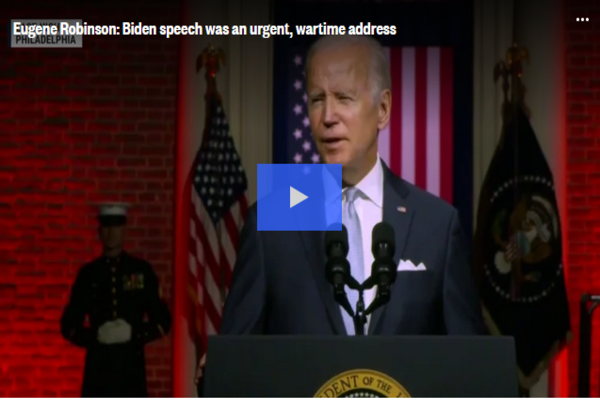 According to Robinson, it was “significant” that Biden called out his predecessor and “MAGA Republicans.”

“The speech last night to me sounded like a president delivering a wartime address,” he said. “And indeed, Joe Biden sees this as a battle for the soul of our country. It’s a battle for the preservation of our democracy. To me, the significant thing was, yes, he called out Donald Trump — but he also called out the MAGA Republicans, the MAGA Republican officials and followers, who, for whatever motive, under whatever delusion, are going down this authoritarian path, this undemocratic path and trying to take the nation with them. And he framed this as an emergency, as something that we as a nation need to bond together and to stop, to reverse and to return to our democratic principles and our democratic practices, and to me, it was an urgent wartime address.”