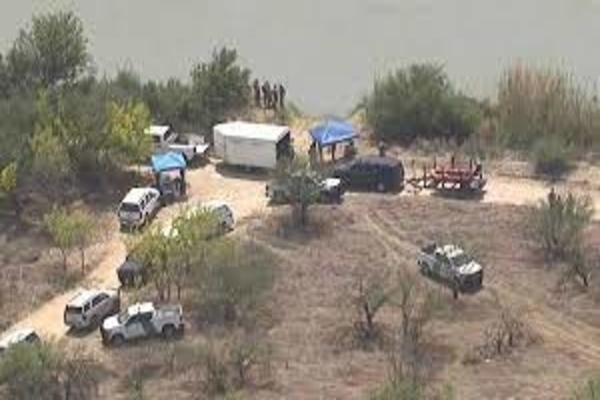 (breitbart) – Breitbart Texas reviewed a Monday directive to all Customs and Border Protection managers which gags them from releasing migrant apprehension statistics through social media accounts or directly to the public without the express approval of the Department of Homeland Security. The directive precludes Border Patrol managers from releasing any interim arrest statistics or stories as the decision over the potential end Title 42 enforcement now sits before the Supreme Court.

The source, not authorized to speak to the media, says the message is intended to curb routine disclosures of migrant apprehensions near the southern border. These are generally provided by Border Patrol Chief Patrol Agents via social media and comments to journalists. The unprecedented directive was circulated on Monday and took immediate effect.

The order was sent under the title “DHS OPA guidance on social media coordination for the lifting of Title 42.” The order was later clarified to impose a ban on the direct communication with outlets or platforms regarding the release of migrant apprehension statistics without DHS approval. DHS OPA is the acronym for the Department of Homeland Security’s Office of Public Affairs.

The impact of the order is already evident from the lack of routine posts on social media accounts from several Border Patrol sectors. The content typically offers weekend or weekly recaps of migrant crossing statistics and other notable enforcement actions.

Prior to the policy change, on December 12, El Paso Chief Patrol Agent Peter Jaquez provided a weekend recap revealing a three-day average of more than 2,460 migrants entering the city.

On Tuesday, Jaquez tweeted a 48-hour recap that was limited to 57 migrant apprehensions related to organized smuggling schemes interdicted by Border Patrol agents within the sector.

The disparity in the breadth of information between the two tweets is stark. The CBP source is alarmed by the policy’s intent to remove highly visible images and real-time statistics from the public domain. The source told Breitbart Texas the new directive will allow DHS to control the narrative as the looming border crisis is expected to worsen after Title 42.

The source further emphasized that future apprehension data releases could be delayed and presented in such a manner to minimize the impacts of the crisis.

On Tuesday, Breitbart Texas reached out to CBP to inquire about the lack of postings for the latest week and advised that such disclosures would be delayed.