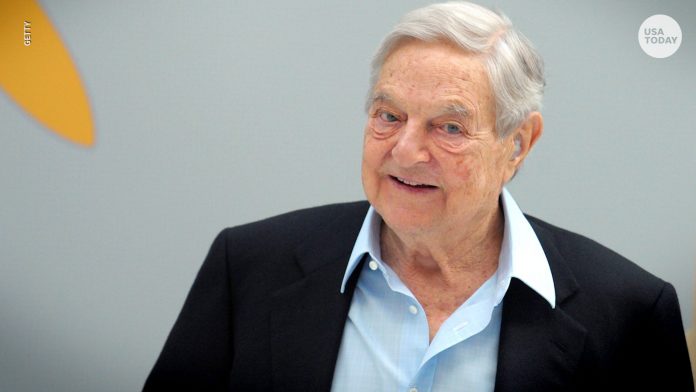 The news media and Democrats are seizing on emails released to the Soros-funded Center for Public Integrity on Friday showing the Office of Management and Budget (OMB) requested the Pentagon withhold military aid to Ukraine the same day as Trump’s phone call with Ukrainian President Volodymyr Zelensky.

The OMB immediately pushed back explaining the aid hold was actually announced seven days prior to Trump’s July 25 phone call and that the Center for Public Integrity was harping on one line within 146 pages of documents that the organization obtained to paint an inaccurate and misleading picture of the timing of the aid hold.

The OMB strongly denied that the email, one of many, had anything to do with Trump’s phone call, explaining the communication was part of an ongoing process put into place one week early.

The email being hyped by the media shows an official with the White House’s Office of Management and Budget (OMB), Mike Duffey, contacted Pentagon officials 91 minutes after Trump’s call with Zelensky to discuss withholding aid.

“Based on guidance I have received and in light of the Administration’s plan to review assistance to Ukraine, including the Ukraine Security Assistance Initiative, please hold off on any additional DoD obligations of these funds, pending direction from that process,” Duffey wrote, according to the documents.

Rachel Semmel, a spokeswoman for OMB, told reporters it was “reckless to tie the hold of funds to the phone call.”

“As has been established and publicly reported, the hold was announced in an interagency meeting on July 18,” she said. “To pull a line out of one email and fail to address the context is misleading and inaccurate.”

A senior administration official further said the email was part of a discussion already going on for one week between OMB and the Pentagon about withholding aid.

The documents were obtained on Friday by the Center for Public Integrity (CPI) as part of a Freedom of Information Act request to the OMB and the Department of Defense.

CPI bills itself as a nonprofit journalism organization seeking to “protect democracy and inspire change using investigative reporting that exposes betrayals of the public trust by powerful interests.”

CPI has been openly funded by Soros’s Open Society, which formally listed CPI as a media “partner.”

CPI is also funded by the Soros-financed Tides Foundation. CPI previously ran iWatchNews, which it described as “the Center’s online publication dedicated to investigative and accountability reporting.” That project was sponsored by Soros’s Open Society as well as the Soros-funded Sunlight Foundation.

CPI is the second Soros-funded purported journalism outfit to play a key role in fueling the impeachment narrative.

Breitbart News previously reported another self-described investigative journalism organization funded by Soros’s Open Society Foundations was repeatedly referenced as a source of information in the so-called whistleblower’s official complaint alleging Trump was “using the power of his office to solicit interference from a foreign country” in the 2020 presidential race.

Indeed, the complaint relied upon information first reported by the Soros-funded group.

The emails informed Ciaramella and a handful of other Obama administration foreign policy officials about Soros’s whereabouts, the contents of Soros’s private meetings about Ukraine and a future meeting the billionaire activist was holding with the prime minister of Ukraine.

OCCRP did work with the International Consortium of Investigative Journalists, a program of the Center for Public Integrity in Washington, DC.

One key section of the so-called whistleblower’s document claims that “multiple U.S. officials told me that Mr. Giuliani had reportedly privately reached out to a variety of other Zelensky advisers, including Chief of Staff Andriy Bohdan and Acting Chairman of the Security Service of Ukraine Ivan Bakanov.”

This was allegedly to follow up on Trump’s call with Zelensky in order to discuss the “cases” mentioned in that call, according to the so-called whistleblower’s narrative. The complainer was clearly referencing Trump’s request for Ukraine to investigate the Biden corruption allegations.

Even though the statement was written in first person – “multiple U.S. officials told me” – it contains a footnote referencing a report by the Organized Crime and Corruption Reporting Project (OCCRP).

In a report published by the Organized Crime and Corruption Reporting Project (OCCRP) on 22 July, two associates of Mr. Giuliani reportedly traveled to Kyiv in May 2019 and met with Mr. Bakanov and another close Zelensky adviser, Mr. Serhiy Shefir.

The so-called whistleblower’s account goes on to rely upon that same OCCRP report on three more occasions. It does so to:

The OCCRP report repeatedly referenced is actually a “joint investigation by the Organized Crime and Corruption Reporting Project (OCCRP) and BuzzFeed News, based on interviews and court and business records in the United States and Ukraine.”

BuzzFeed infamously also first published the full anti-Trump dossier alleging unsubstantiated collusion between Trump’s presidential campaign and Russia. The dossier was paid for by Hillary Clinton’s campaign and the Democratic National Committee, and was produced by the Fusion GPS opposition dirt outfit.

The so-called whistleblower’s document, however, only mentions the largely unknown OCCRP and does not reference BuzzFeed, which has faced scrutiny over its reporting on the Russia collusion claims.

Meanwhile, despite the known timeline that the Trump administration’s decision to withhold Ukraine aid was taken on July 18, Senator Chuck Schumer already claimed the “explosive” email released by CPI underscored the need to call new witnesses with alleged impeachment evidence.

“If there was ever an argument that we need Mr Duffey to come and testify, this is that information. This email is explosive,” Schumer said.

“A top administration official, one that we requested, is saying, stop the aid 90 minutes after Trump called Zelensky and said keep it hush, hush. What more do you need to request a witness?” Schumer asked.