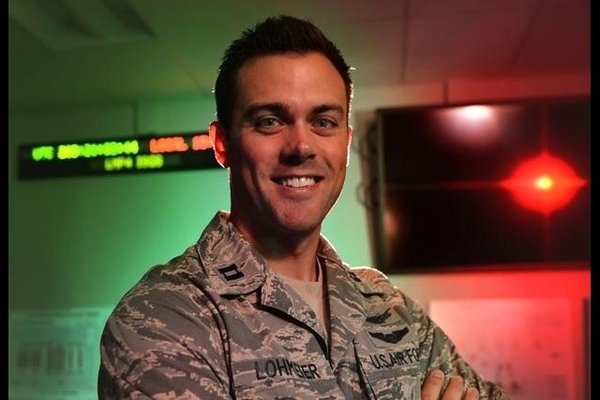 (informationliberation) – A US Space Force commander was reportedly relieved as commander of the 11th Space Warning Squadron “due to loss of trust and confidence in his ability to lead,” after he appeared on a podcast to promote his book which claims that the US military has been infiltrated by a neo-Marxist agenda which is transforming military culture and policy.

“Lt. Gen. Stephen Whiting, Space Operations Command commander, relieved Lt. Col. Matthew Lohmeier of command of the 11th Space Warning Squadron, Buckley Air Force Base, Colorado, May 14, due to loss of trust and confidence in his ability to lead,” the Space Force told the Washington Examiner in a statement.

“This decision was based on public comments made by Lt. Col. Lohmeier in a recent podcast. Lt. Gen. Whiting has initiated a Command Directed Investigation (CDI) on whether these comments constituted prohibited partisan political activity.”
Lohmeier self-published Irresistible Revolution: Marxism’s Goal of Conquest & the Unmaking of the American Military this week. The book, according to the description, explores the “impact of a neo-Marxist agenda” and the manner in which the “Black Lives Matter movement, anti-racism, postmodernism, [and] political correctness” affect the national security of the United States.

Lohmeier said that he had informed his superiors, public affairs staff, and lawyers for the military about the book prior to publication, but it was not subject to a pre-publication review.

Department of Defense Directive 1344.10 prohibits active-duty personnel from engaging in “partisan political activities.” Service members are, however, permitted to express their personal opinions on political candidates and issues in their personal capacity and when not in uniform. Lohmeier denied intending to participate in partisan politics. -Washington Examiner
“My intent never has been to engage in partisan politics. I have written a book about a particular political ideology (Marxism) in the hope that our Defense Department might return to being politically nonpartisan in the future as it has honorably done throughout history,” Lohmeier, and Air Force Academy graduate, told Military.com.

“I don’t demonize the man, but I want to make it clear to both him and every service member this agenda — it will divide us. It will not unify us,” he said, after Austin imposed a 60-day force-wide extremism “stand-down” to determine how to rid the military of extremism following the Jan. 6 Capitol riot.

Lohmeier says he was asked to give his troops extremism training and was given a “70-page” booklet of “talking points.” The booklet reportedly began with an overview of the Capitol riot, and included examples of “white nationalists that have been caught at some point in the last decade and punished for it and kicked out of the military, or a radical Islamic terrorist.”

“The diversity, inclusion and equity industry and the trainings we are receiving in the military … is rooted in critical race theory, which is rooted in Marxism,” said Lohmeier, who also knocked the Defense Department for saying that the military has “too many white pilots” during a pilot shortage.
Citing a diversity initiative in which service members read So You Want to Talk About Race by Ijeoma Oluo, in which the U.S. is referred to as a “white supremacist nation,” Lohmeier told the Information Operation podcast that the young service members are inundated by a “hyperpoliticized work environment where diversity and inclusion initiatives are being pushed constantly.”

Lohmeier added that conservatives in the military who are willing to voice their opinions are painted as “extremists.” -Washington Examiner
“What you see happening in the U.S. military at the moment is that if you’re a conservative, then you’re lumped into a group of people who are labeled extremists, if you’re willing to voice your views. And if you’re aligned with the Left, then it’s OK to be an activist online because no one’s gonna hold you accountable,” he added.

According to Pentagon spokesman John Kirby, “There were members, sadly, of the active-duty force participating and espousing these radical beliefs,” adding “We don’t know the full breadth and depth of it.”

Of note, Lohmeier’s book is currently the #1 seller in Amazon’s Military Policy, as well as Communism & Socialism sections.