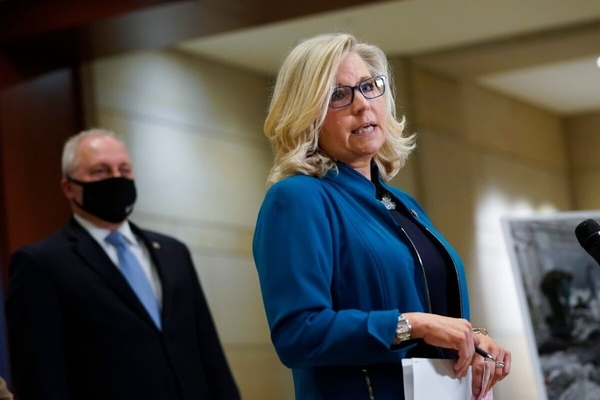 After Cheney lost the Wyoming Republican primary by nearly 40 points on Tuesday, the next day she announced she is considering a presidential bid in 2024.

Perhaps Cheney’s best hope of winning the presidency is with Democrat voters because her favorability among Democrats far outweighs her support among Republicans and independents.

Sen. Mitt Romney (R-UT), an establishment and anti-Trump Republican, stated in Utah on Thursday that Cheney’s chances of winning the Republican nomination are very slim “in the time of Trump.”

“I don’t know if she really wants to do that. She would not become the nominee if she were to run. I can’t imagine that would occur,” Romney said.

Former President Donald Trump has not announced a 2024 presidential bid.

President Joe Biden has insisted he is running again, despite a majority of voters being worried about his mental and physical fitness.

Cheney’s popularity among Democrats may hurt the presumable Democrat nominee (Biden) and benefit Republicans in the 2024 presidential race.