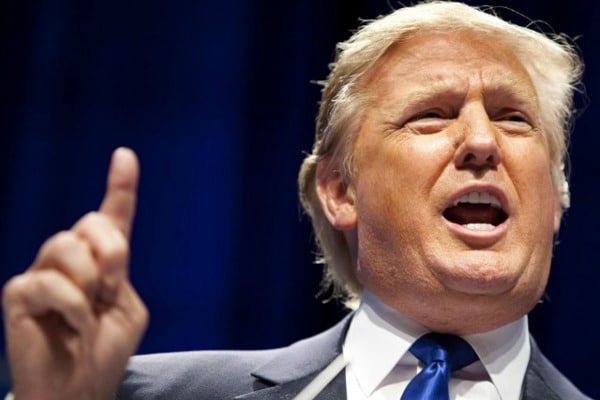 (Gateway Pundit) – The ’emergency meeting’ of federal judges to discuss the intervention by Attorney General William Barr in the sentencing of Roger Stone and President Trump’s criticism of the proposed sentence was indefinitely postponed Wednesday. The teleconference meeting of the leadership of the 1,100 member Federal Judges Association, comprised of sitting federal judges, was originally set for Tuesday, then was put off a day until Wednesday at 1:30 p.m. EST. The group’s president, Judge Cynthia Rufe (a Bush 43 appointee), had initially said the meeting “could not wait” until the FJA annual meeting in April.

Above: Judge Cynthia Rufe, President of the Federal Judges Association

In the interim President Trump called out the judges in a tweet Tuesday evening that urged them to look into the FISA fraud perpetrated on the federal courts to spy on and investigate his presidential campaign and administration.

Excerpt from CNN report on the postponement:

A group of federal judges hastily postponed an emergency meeting that was scheduled to take place Wednesday to discuss concerns about President Donald Trump and the Justice Department’s intervention in politically charged cases. Megan Cruz, the executive director of the Federal Judges Association, said the meeting was set to occur Wednesday afternoon and the group was considering whether to issue a statement afterwards. But later in the day, Cruz said that the conference call between the 14 judges who serve as officers on the Executive Committee had been postponed. Cruz offered no further details and did not respond to questions asking whether the group had been asked to reschedule the meeting…

Trump’s Tuesday tweet about the meeting, “I hope the Federal Judges Association will discuss the tremendous FISA Court abuse that has taken place with respect to the Mueller Investigation Scam, including the forging of documents and knowingly using the fake and totally discredited Dossier before the Court. Thank you!”

Excerpt from the USA Today article that first reported on the emergency meeting:

(…Velma White, an aide to the judge, said the meeting is set for 1:30 p.m. Wednesday. USA TODAY had previously reported that the meeting would take place Tuesday….) A national association of federal judges has called an emergency meeting Tuesday to address growing concerns about the intervention of Justice Department officials and President Donald Trump in politically sensitive cases, the group’s president said Monday. Philadelphia U.S. District Judge Cynthia Rufe, who heads the independent Federal Judges Association, said the group “could not wait” until its spring conference to weigh in on a deepening crisis that has enveloped the Justice Department and Attorney General William Barr. “There are plenty of issues that we are concerned about,” Rufe told USA TODAY. “We’ll talk all of this through.” …Rufe said the judges’ association is “not inclined to get involved with an ongoing case,” but she voiced strong support for Jackson. “I am not concerned with how a particular judge will rule,” Rufe said, praising Jackson’s reputation. “We are supportive of any federal judge who does what is required.” Rufe said the group has not decided how it will report the result of its meeting, if at all. “We just could not …wait until April to discuss matters of this importance,” she said…

The Federal Judges Association describes itself:

The Federal Judges Association (FJA) is a national voluntary organization of United States federal judges, appointed pursuant to Article III of the Constitution, whose mission is to support and enhance the role of its members within a fair, impartial and independent judiciary; to actively build a community of interest among its members; and to sustain our system of justice through civics education and public outreach. The independence of Article III judges is assured under the Constitution by their appointment for life without diminution in pay. Nominated by the President of the United States and confirmed by the United States Senate, Article III judges are thus protected from intimidation, undue influence, coercion, or domination so that they may judge fairly and independently in every case, as the law and facts require. Inevitably, from time to time, some judicial decisions are unpopular. The FJA, as an independent organization, can speak in one voice to protect the independence of the judiciary and to explain its significance to a free society. The Association expresses the collective view of Article III judges to other branches of government and the public on issues related to fair and impartial courts.