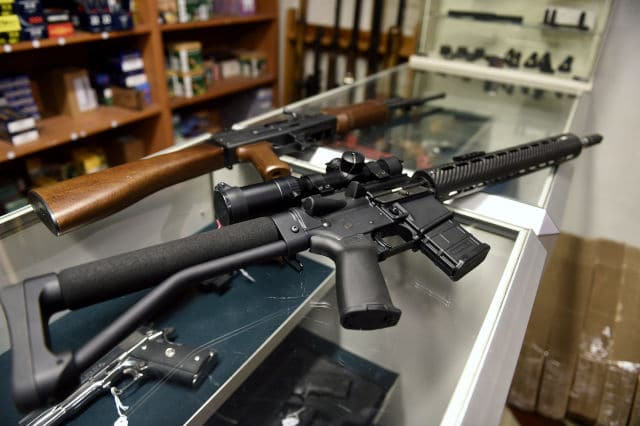 (Breitbart) – President Trump’s Department of Homeland Security released updated guidelines naming gun manufacturers and retailers as essential on Saturday, which means they are to stay open and operational nationwide during a Chinese coronavirus shutdown.

The Second Amendment Foundation’s Alan Gottlieb commented on the DHS declaration, saying, “Every freedom loving American owes President Trump and his administration a very big thank you for protecting our Second Amendment Rights. This is another Trump promise made and promise kept.”

The DHS declaration comes just days after Governor Phil Murphy (D) laughed in the face of a man who expressed concern that the statewide shutdown in New Jersey had put an end to gun sales, thereby eliminating the ability to get a firearm for self-defense.

Breitbart News reported the concerned man asking Murphy, “If less guns reduce crime, will you give up your personal bodyguards?”

Murphy responded by intimating that he and the citizen had a philosophical difference in the role guns play, with the governor believing “a safer society has fewer guns, not more guns. And the guns that do exist are in the hands of the right people — particularly trained members of law enforcement.”

The governor then giggled, referenced an armed law enforcement member next to him, and said, “It is what it is.”