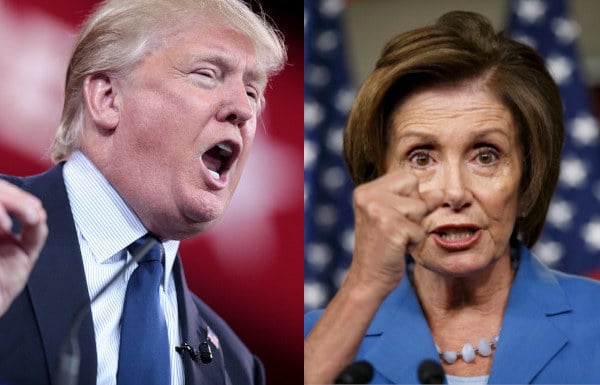 (Gateway Pundit) – THIS WAS DEVASTATING! President Trump hit the Bidens and Pelosi families tonight in one tweet!

As The Gateway Pundit reported back in November Quid-Pro-Joe and his son Hunter are not the only Democrat family members cashing in on their prominent positions.

Like many Democrats Paul Pelosi Jr. has made a career off of his mother’s political stature. Shortly after his mother became the first woman speaker, Paul Pelosi Jr., was hired by InfoUSA for $180,000 a year as its vice president for Strategic Planning.

Nancy Pelosi’s son Paul is also on the board of an energy company.

Paul Pelosi Jr. also traveled to Ukraine for his work.

AND — Better Yet — Speaker Nancy Pelosi even appears in the company’s video ad!

According to Patrick Howley at National File Speaker Pelosi’s son Paul Jr. was an executive at Viscoil.

And in 2014 one of Paul Jr.’s businesses he co-founded was charged with securities fraud.

As President Trump said, maybe somebody should look into this – huh, Nancy?