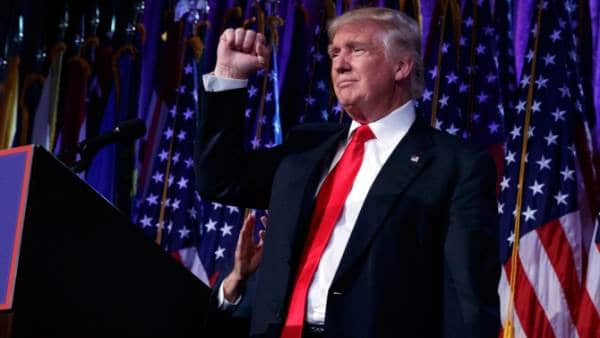 (Gateway Pundit) – More winning. President Trump is reducing the Debt to GDP ratio indicating that under his Presidency the economy is growing faster than the national debt!

According to Rex Sinquefield at Forbes in October of 2016:

The Obama recovery of the last seven years remains the worst in postwar American history. Average gross domestic product (GDP) growth since the bottom of the recession in 2009 was barely above 2.1% per year. The average since 1949 is well above 4% per year during the previous 10 expansions. This result is not just bad, it is catastrophic. The average American should not be wondering if his or her income is a bit above or below 2007 levels. Just by historical averages, the average American should be 20% better off than in 2007. And this slow growth is settling in as a permanent new-abnormal. I believe the root cause of abysmal growth is the huge tax increases imposed by Obama and the Democrats in Congress since 2008. The most harmful were the increase in the capital gains tax from 15 to 20 percent, the increase in top bracket income from 35 to 39.6 percent, and the new tax of 3.8 percent on investment income in the Affordable Care Act (ACA). The massive increase in regulatory burden through the ACA and Dodd-Frank bills are also crushing, but unfortunately are harder to measure.

President Obama never reached an annual GDP Growth rate of more than 3.0%. No President over the past century had not ever been held to GDP growth rates of less than 3.0% until Obama. But President Trump averaged a better than 3% GDP last year.

The ratio of debt to GDP is decreasing drastically – from 105.3% when Obama was President to 103.2% at the end of the 2nd Quarter of 2019! (Note that Obama increased the Debt to GDP ratio by 30% over his first two years and more than 40% during his two terms in office. Also, under Obama the Fed kept rates at 0% for his first seven years!

If President Trump had the same luxury of a 0% interest rate as Obama the Debt to GDP would be much less because US debt would be $1 trillion less.

More than one trillion of the two trillion increase in debt under President Trump is due to the Fed’s increase in rates.

If not for the Fed, the US would be paying down national debt.

Despite this, the economy is getting stronger and stronger.