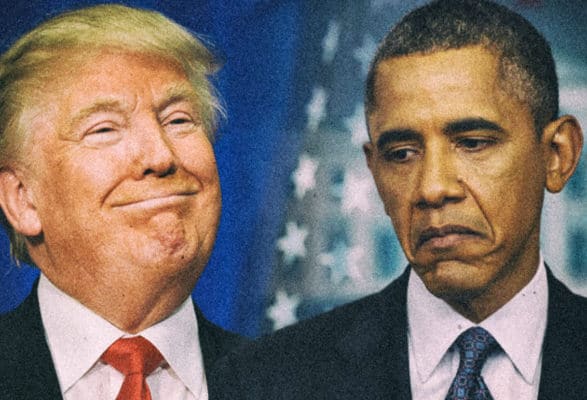 (Gateway Pundit) – President Trump was in a mood Sunday night.

Trump trolled Barack Obama by posting a video compilation of the former president’s endorsement of Joe Biden and highlights of the former VP’s corruption and gaffes.

The video highlights Hunter Biden’s deal with the corrupt Ukrainian gas company Burisma and Joe Biden’s threat to withhold $1 billion from Ukraine unless they fired the prosecutor general investigating his son — as Obama denounced ‘corruption in politics.’

The video then shows Biden being rude to reporters and talking about a gangster he previously took on named “Corn Pop.”

The only reason why Obama and Biden have gotten away with their 8-year crime spree is because we don’t have a real media.